After the successful launching of the Samsung Galaxy S6, the latest flagship smartphone from the Korean tech giant, on March 1 in an attempt to reclaim its lost sales and overall leadership to Apple, Samsung is now preparing to outdo the American tech giant in the tablet category.

Reports are rife that the Korean company is already in the testing phase of its Samsung Galaxy Tab S2, which is being primed to rival the Apple iPad Air 2 and the iPad mini 3.

Word has it that Samsung will have two versions of its Galaxy Tab S2 device – an 8-inch display version and a 9.7-inch display variant, reports the Phone Arena.

There is a report from a website that monitors imports and exports into and out of India that one unit of the Samsung Galaxy Tab S2 has recently been imported into the country apparently for testing and evaluation.

The website is known as Zauba and accordingly, the unit will be destroyed immediately after Samsung India is through testing and evaluating it.

The site also put a value on the latest tablet from Samsung at $252, which of course, is not the actual value of the product if and when it official rolls out to the market.

One other noteworthy feature of the upcoming flagship tablet from Samsung is that the device shall have a 4:3 aspect ratio, in both versions.

The Samsung Galaxy Tab S2 shall have a Super AMOLED display and will sport a resolution of 2048 x 1536 which actually matches the Apple iPad Air 2.

The latest tablet from Samsung will be powered by the octa-core Exynos 5433 processor, which is currently powering the Samsung Galaxy Note 4. But there is also a possibility that the Korean company may use the Exynos 7420 chip since the processor may already be out by the time the tablet hits the market.

Samsung Galaxy Tab S2 shall also have 3GB of RAM with 32GB of internal storage. It shall have an 8.1-megapixel rear-facing camera and a 2.1-megapixel front-facing snapper. It will also feature a 3,850 mAH battery and shall support a 4G LTE connectivity. 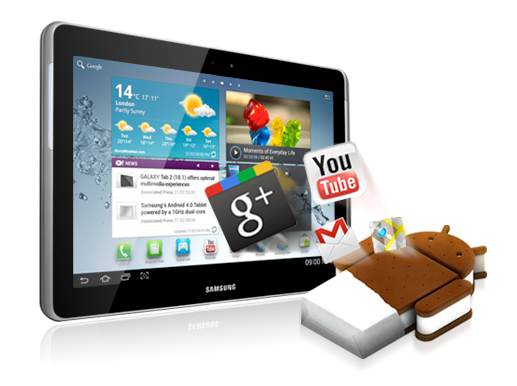 While recent leaks showed that the tablet was running on Android 5.0.2 Lollipop, it is possible that it may come out with the Android 5.1 Lollipop on it. Samsung however, has yet to specify a release date for its upcoming flagship tablet.