The seventh episode of Season 6 of the Canadian police drama TV series “Rookie Blue” was aired on ABC on August 6 and it finally unraveled the dirty cop who was responsible for the 15 Division evidence room bombing that took place in Season 5.

But the revelation of the prime suspect did not come easy for the members of the 15 Division as it was their colleague Sergeant Oliver Shaw where the blame is being pinned for the bombing incident.

The twist comes with the fact that Oliver does not know that he was a prime suspect because he was busy attending to a missing child case, which led his colleague to believe, and rightfully so, that his name was just dropped by the real suspect to the bombing case, who is also a cop, notes TV Line.

The challenge is that his colleagues only have less than a day to clear Oliver’s name. Noelle, who also shares the belief that the real Oliver Shaw is innocent, also does an impressive job of covering her efforts by telling Commissioner Santana that she was trying to take his stress off from the job.

Noelle then brought in Sam and Andy to the cause, while Andy brings in Dov and eventually Traci in their quest to help Oliver.

The investigation of the team lead them to Oliver Shaw as the prime suspect, but eventually they all learned that the suspect cop used the name of Oliver to do his thing. Given such premise, the remaining four episodes of “Rookie Blue” will be a thrill to watch as the 15 Division works on the lead, even as Oliver Shaw turns in his badge so he would not be able to interfere in the subsequent investigation.

While most of the rumors and speculations indicate that “Rookie Blue” is unlikely to be renewed for Season 7, there is a glimmer of hope that it might.

According to Venture Capital Post, the fact that showrunner Tassie Cameron relinquished her post recently to Sherry White means that something may really be in the works and “Rookie Blue” might be renewed for Season 7.

There is logic to the assessment since it is no use for Cameron to relinquish her position as show executive producer to somebody if she knew from the start that Season 6 will ultimately be the last for “Rookie Blue.”

Season 6 of “Rookie Blue” is all over in Global TV Canada, but the show is still on its seventh episode in the ABC network in the US. “Rookie Blue” has a total of 11 episodes for Season 6.

While it may be a major spoiler to the American followers of the series, but the season finale of “Rookie Blue” in Canada saw show main protagonist police officer Andy McNally, played by Missy Peregrym, having her happily ever after moment with boyfriend Detective Sam Swarek, played by Ben Bass, in a wedding ceremony.

The wedding at the season finale of Season 6 may actually mean two things for the show. It is already curtains for the show and Season 7 will not be happening so the showrunners decided to end the series on a happy note. Or the wedding could be a jump off point as the show takes on a new focal point for Season 7.

It also does not help that Executive Producer Tassie Cameron has decided to quit the show as showrunner, which means that she knows something that most people still don’t know about “Rookie Blue.” 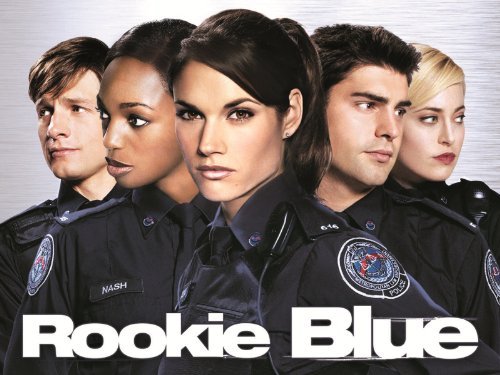 Cameron explained in an interview that Sherry has been involved with the show since the very beginning, and in some ways she has very much been the beating heart of the Sam and Andy romance. The former showrunner also added that Sherry has invested in that and is very passionate about the show.

Tassie said that the tone of the show is so very Sherry, making her really a natural fit for the show. Cameron leaves the show after running 74 episodes in the course of six seasons.