When it was in October last year, the Roku 4 lived up to the hype and ran away to become the best video streaming system money can buy.

While it was up against an immense pressure considering that its predecessor, the Roku 3, was previously regarded as the gold standard in streaming, the Roku 4 proved beyond reasonable doubt that it was a worthy successor that deserves to take on the mantle.

The streaming device offered more options than any of its competitors. It is also faster, well-rounded, and more open than any product that the American digital media products company based in Los Gatos, California has released in the past.

The Roku 4 actually borrowed from the superb features of its predecessor and added some more capabilities in equal measure to make it a great streaming device, notes Tech Radar.

More importantly, the Roku 4 has added to the obvious streaming device supremacy and legacy of the American digital media products company.

Minor improvements and some downsides

However, some critics believe that the Roku 4 offered only minor improvements compared to how good the Roku 3 came out.

While the device allows one to play 4K TV shows and movies, it does not support HDR content. There is also not a lot of storage on the Roku 4 when compared to other streaming systems given its 256MB storage.

But unlike other streaming device, games are very sparse with the Roku 4 and individual channels don’t take up much space on their own, details the Tech Hive.

The slimmer profile of the Roku 4 and the addition of high-powered hardware have introduced two new problems that were not there in the Roku 3, which are heat and noise.

Even when the Roku 4 is not playing a TV show, there is an audible humming noise coming from the box. It would be a major concern if the streaming device is placed in the living room next to a noisy game system like the Xbox One or the PlayStation 4.

The Roku 4 also gets noticeably hotter than any other device in the entertainment media consoles most of the time.

Quality comes with a price

Quality and superb viewing come with a price so the Roku 4 came out as the most expensive in the lot when compared to its competitors and also the other roster of Roku streaming devices. However, its features and specifications far outweigh every streaming device in the market today so the difference in cost is practically well worth it.

The 4K standard for televisions these days is also known as Ultra HD, which means that the resolution is 3840 x 2160 or sometimes shortly referred to as 2160p or 2160 pixels. That is actually double the 1080p for an HD TV set.

In short, 4K packs in four times as many pixels which allow for sharper details. While most cable and satellite providers are still hashing out their 4K plans, a number of online services including Netflix and Amazon have already started streaming videos in the higher-resolution format. 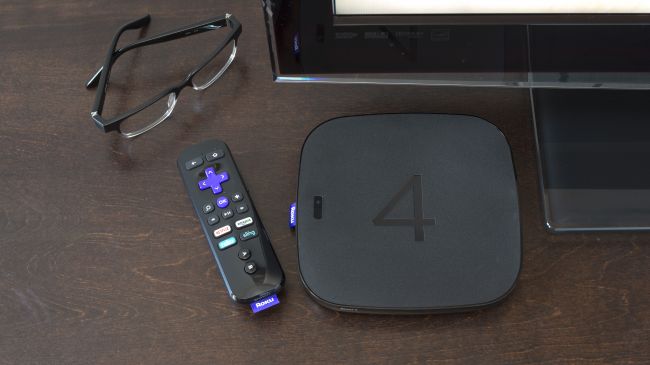 With the emergence of 4K streaming on the Amazon Fire TV and the Roku 4, it also came with new requirements. One of the most important of which is 4K TV and that it must have at least one HDMI input that supports HDCP 2.2 copy-protection standard.

Comparing the Amazon Fire TV and the Roku 4 in terms of 4K viewing, users would certainly enjoy it using the latter. The Fire TV makes a cyclical video output from 2160p to 1080p, unlike the Roku 4 which always outputs at 2160p.