Alice is once again on a sole mission to save the humankind as the latest and final installment to the science fiction action horror film “Resident Evil” has entered its production phase. The sixth entry to the zombie movie franchise officially titled “Resident Evil: The Final Chapter” is set to be filmed in 3D and shall be released in 3D too.

There’s still no official word about the exact playdate when the movie will hit the theaters, but rumors are circling that producers are targeting a September 2016 release date for the final installment of the successful film franchise. Sony has stated before that September releases have done well for the previous “Resident Evil” films that the company is deciding to stick with the same timeline for the upcoming movie.

Despite the title of the sixth movie, rumors are also swirling that “Resident Evil: The Final Chapter” is not the final installment to the franchise as the movie’s title is still tentative and subject to change. Some reports claim that there is still room for one more movie after the sixth film because the upcoming installment cannot really give a proper closure for Alice and her story in just two hours.

But it appears that the title of the upcoming film is already a solid proof that “Resident Evil: The Final Chapter” will be the last time fans will get to see Alice doing what she does best — slaying zombies in style. Sony and Screen Gems have already stated that the sixth movie will be the last entry to the hugely popular zombie apocalypse movie franchise. Although a report from IMDb, earlier this year hints that the “Resident Evil: The Final Chapter” would be the last one until a reboot comes along down the road.

Predictably, the last film of the series was supposed to come out in September 2014 as filming was expected to begin in South Africa in early 2014. But when film heroine Milla Jovovich and her husband, Paul Anderson, who is also the man behind the popular zombie-fighting movies, found out that they were expecting their second child, they had to push production to summer of 2015.

Anderson and Jovovich met during the first “Resident Evil” film. On April 2007, People reported that the couple was expecting their first baby. On November 2007, they welcomed their first child, daughter Ever Gabo. The pair was engaged in March 2009 and married in August of the same year. On April 1, 2015, the couple’s second daughter, Dashiel Edan, was born.

A few weeks ago, the 39-year-old actress gave fans an update regarding the highly anticipated film. Jovovich shared a behind-the-scene photo of herself on photo-sharing app Instagram getting a face cast presumably getting ready for her role as Alice. The Ukranian actress details her excitement and that when she posted the photo, she was getting ready to fly to Cape Town, South Africa, where some scenes for the film will be shot. Principal photography for the film will begin in August.

The main plotline of all films is loosely based on Capcom’s video game of the same title. Set in a post-apocalyptic world, it centers on Alice and her never-ending brawl with a bio-engineering pharmaceutical company, Umbrella Corporation, that is ultimately responsible for the zombie apocalypse. Alice was once a security operative working for the bioweapon-making corporation but eventually becomes an enemy because she was not in favor of what the company was doing. 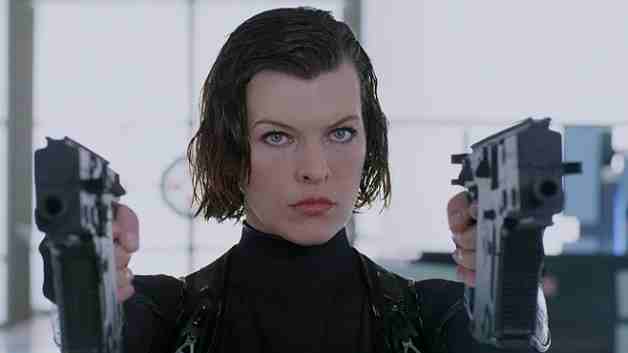