There is little reason to believe that Prometheus 2 is not going to be as successful as the original movie by Ridely Scott. Granted, the movie is nowhere near completion and is reportedly still in the script stages, but there is plenty of talk about it. Fans of the first one have been searching for information online since the first rumors showed up on news feeds around the web a few months ago. Ridley Scott has talked about the direction and the fact that you cannot end a movie like the original did without needing to tell more of the story.

That is an easy way of saying there will be a sequel and now it is just a matter of what direction that movie takes and how long it will take to get it filmed. The first one showed up in theaters more than three years ago and it was a huge success with fans speculating that it was actually a prequel to the Alien movie series.

According to information from sources that interviewed Scott, the second movie will not feature any xenomorphs. It would seem that Scott is trying to keep this new movie series apart from his popular Alien movies and keeping the xenomorphs out of it is one way to separate the two. It was the fact that fans saw a familiar creature at the end of Prometheus that led to the rumors about it being a prequel, but Scott is not confirming that at all.

It would seem that he is moving away from that story line as far as he can and critics and fans alike feel the same way. Movie goers want to see something new when they watch movies and not something that was done already of just feels like an extension of what they have seen in the past. Scott said, “the beast is done. Cooked.” referring to Alien, then going on to say that it is a very hard to repeat that. 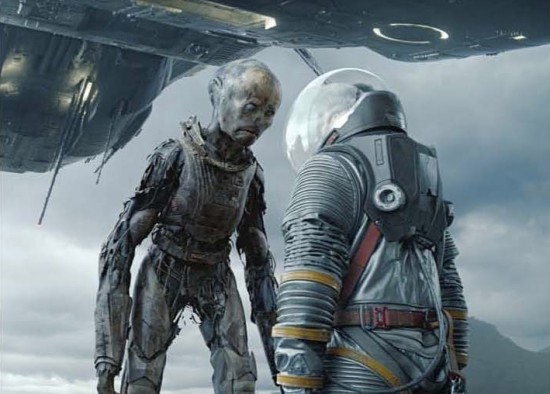 The director is done with the old story line and wants to something more interesting and feels like he “found the next step” saying the Engineers was a good start. Scott did not promise that you might not see the xenomorphs in the new movie, but did make it clear he was moving from them. The new alien is going to be fresh and something that is better than the original, something to give fans something to talk about once again. Other details have been very rare to come across.