As of December last year, the PlayStation 4 has sold over 50 million units since it was launched in November 2013.

While Sony had high hopes for the [easyazon_link identifier=”B01LOP8EZC” locale=”US” tag=”masterherald-20″]PlayStation 4 Pro[/easyazon_link], which is an upgrade of the PlayStation 4, since it was launched in September last year, the new gaming console got a lukewarm reception instead from gamers when it officially made it to the market on November 10.

Although it was not a total disappointment, the sales figures of the PS4 Pro was way below what Sony had expected it to be.

Sony has positioned the PS4 Pro as a high-spec PS4 so they were expecting that given the influx of new games during the recent holidays, more gamers will take advantage of the great features of the new console because of its excellent compatibility with the latest video games.

The Japanese gaming company has not officially revealed any PS4 Pro-specific sales numbers since the product was officially released to the market, reports the Digital Times.

A lot of catching up to do

Accordingly, days before the launch of the PS4 Pro, Sony reported that 47 million PS4s had been sold worldwide. By December 6, that number rose to 50 million and was 53.4 as of January 1, 2017.

In other words, some 6 million PS4s have been sold globally since the PS4 Pro came to retailers.

While Sony has not given any sales figure thus far, it seems clear that it was able to sell about 3 million units of PS4 Pro, with some critics saying it is closer to 2 million or 2.5 million units.

Although it sounded palatable, it should be noted that when the PS4 was launched in November of 2013, it already sold 1 million units right on its first day in the US alone.

So if one is to do the math, PS4 was selling about 1.5 million units a month before the PS4 Pro existed. The PS4 Pro likely benefited from a strong first few weeks at retail, but its momentum seems to have slowed down some. Clearly, the PS4 Pro has a lot of catching up to do if it is entertaining notion of getting at par with the sales record of the PS4.

The PS4 Pro is being retailed for $399 while the PS4 is priced at $299 so it could have also been a factor as well for the rather lukewarm reception to Sony’s upgraded gaming platform.

Still better than the Xbox One

In addition to being better than the sales of its upgraded version, the PS4 is also doing significantly better, in terms of sales to Microsoft’s Xbox One.

Analysts had predicted at the beginning of the 2016 holiday season that Sony’s PlayStation 4 would triumph over Microsoft’s Xbox One in terms of sales figures. It looks like the forecast was on target.

Sony had a successful year end with the PS4 gaming console becoming the best-selling home gaming system in the US, reports Tech Times.

The Japanese gaming company had stated in a press release in December 2016 that the PS4 enjoyed a worldwide sale of 50 million units and the company had the best Black Friday sale ever.

According to Sony, the PS4 outsold Microsoft’s Xbox One sales in the US in December 2016 with a lifetime PS4 sale of over 53.4 million.

Microsoft highlighted the arch rivalry between the two corporate giants by commenting that PS4 sales slid year-over-year. Microsoft also stated that if the cumulative sales figure of the second half of 2016 is considered, then the Xbox One outperformed Sony’s system.

The Redmondian company also went on to say that December 2016 was also the best month for Xbox One sales in the United States especially after the announcement of Xbox One Scorpio at the E3 in June of last year.

Sony got a boost in its sales figures in December after the release of PS4 Pro in the US. The PS4 Pro is the 4K capable upgrade, which was released to the market in November 2016. 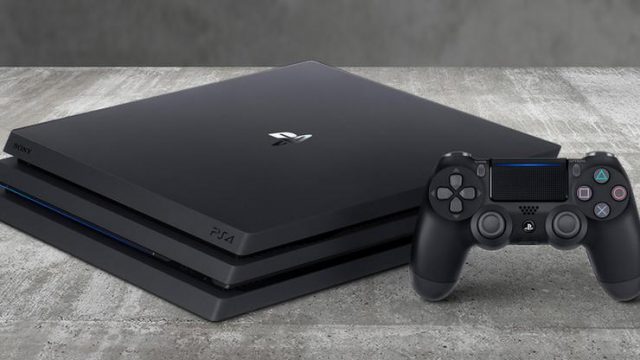 Also the fact that a handful of major games were launched exclusively for PS4 helped Sony’s system get the necessary impetus to outrun Microsoft in the sales race.

Given that November and December are two of the most crucial months for the tech market, as it marks the start of holiday season, an increase in sales figure during these two months can act as a game changer for any tech giant.