CBS has already announced the Season 5 premiere of the American science-fiction thriller drama TV series “Person of Interest” which shall happen on May 3.

Apart from announcing the release date of the premiere episode, the network also released the synopsis of the first episode, entitled “B.S.O.D.”

B.S.O.D. stands for ‘blue screen of death’ which is a computer system failure. Among computer users, it is never a good thing when the monitor suddenly turns blue with white text as it often says that the system has crashed.

Based on the episode synopsis, Reese, played by Jim Caviezel and Finch, played by Michael Emerson, will be working to save the Machine’s source code before it deteriorates beyond repair, notes the International Business Times.

It can be recalled that during the Season 4 finale of “Person of Interest” in May last year, Finch and Root, played by Amy Acker, attempted to save the Machine from the Samaritan. However, the fate of the Machine was left hanging in the balance after a power surge.

Root shall also be engaged in a battle against several Samaritan agents while Fusco, played by Kevin Chapman will come clean about the deaths of Dominic and Elias during the past season, details the Parent Herald.

Season 5 is going to be the final season for “Person of Interest” and showrunners Jonathan Nolan and Greg Plageman made the announcement about it in March.

Amid this announcement from the showrunners, some fans of the show are still hoping that “Person of Interest” can still be rescued by another network from cancellation after its fifth season. However, they are not doing anything about it for now like initiating a signature campaign.

The showrunners said in a recent interview that as life has come to imitate the TV series, it has been a great privilege on their parts to work on a show for the past five seasons.

They promised the show’s fans that the final chapter of “Person of Interest” would be a thrilling experience.

Instead of getting disappointed with the decision of the network to end the series after Season 5, showrunners Nolan and Plageman expressed elation over the issue. It certainly is better to be given the opportunity to wrap up the series rather than end it with a cliffhanger, whose answer may or may never be known by viewers.

They added that they also want to thank the loyal show fans most of all and described them as the best fans in the world.

Nolan and Plageman remarked that the subversive little paranoia-inducing cyberpunk thriller is for the fans and would not have been possible without their support.

Plageman also explained that “Person of Interest” has always been a show where every season finale felt like it could have been a series finale.

Emerson said that “Person of Interest” Season 5 will have a finale feeling but the show will also leave room for new storylines in case it gets renewed for another season. 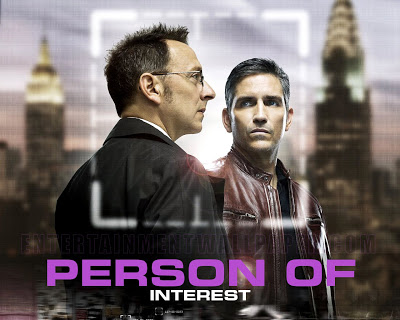 The actor explained that the writers are going to leave it a little bit ambiguous because they initially don’t have any idea whether Season 5 is going to be the end or not for “Person of Interest.”

Emerson also shared that he was open to the possibility of seeing “Person of Interest” in another form such as a mini-season or a recurring movie on TV.

Despite rumors that the show has already been cancelled for Season 5, those speculations are clearly baseless. It is obvious that there will be a Season 5 of “Person of Interest.”