Yes, we know, everybody and their grandma loves Beauty and the Beast. The only problem is the fact that you all love it because it is something that you have seen a thousand times already.

Hollywood is a very small city and a very well connected one. That is why stories are being told and retold a thousand times, especially the successful ones.

You think we are wrong? Let’s look back.

There are many movies that have not only similar but nearly identical plots, that have been released mere months or weeks from one another. It seems like Hollywood storytellers swap ideas all the time.

Remember “Mission to Mars”? Compare it to “Red Planet”. Think “Armageddon” and “Deep Impact”, “Antz” and “A Bug’s Life”. Another pair of incredibly similar films to hit theaters at almost the same time are “Happy Feet” and “Surf’s Up”. Seemingly everybody mingles in the world’s movie capital. Producers, directors, and screenwriters apparently don’t care much about originality.

This isn’t new, it’s just that we never paid attention to it before. Plus, the trend intensifies. Spiderman starred in half a dozen movies in the last 15 years, not to mention Superman and Batman. There are seven Robin Hood movies in development at the moment, and the world already saw over 100 of those. “The Jungle Book” had already seen dozens of remakes, but that never stopped Disney from making another one, or Warner Bros from announcing another for 2018.

The thing is that the audiences seem to love remakes lately, so that is what they are getting. New “Star Wars” movies are recycled beat by beat from Lucas’ original. “Power Rangers” greeted all nostalgic fans this month, as will the millionth version of “Transformers” soon enough.

And of course, there is Disney’s new uptake on the award winning 1991 Beauty and the Beast. Disney seems to be loving this – they keep pulling out old beloved classics and turning them into live action remakes. Previous ones were successful, so there is no reason to stop, right? Well, except that it is a little bit strange that the House of Mouse keeps using old material instead of making new.

This version of Beauty and the Beast is, admittedly, lovely. Those who love the original wonderful animated film will most definitely enjoy this iteration, because, except for the live actors, longer run time and some politicking – it is the same picture.

Okay, it was announced as the 25th anniversary special for all the fans, and that is exactly what it is, only with eight times bigger budget. But, here is where we get confused – if the original was so perfect (and we all know it was), then, why on Earth did we need a scene-by-scene remake?

Seems that Hollywood is all dried out of ideas, because when you put aside the answer “money” – this is all that is left.  Even those movies that are amazing, that capture the audiences, even they are living on glory borrowed from years past. Come to think of it, if you try to name recent films with really original characters, plots, and setting, and ignore the 50 something-year-old comics heroes, you will have a really tough time. We know we did. 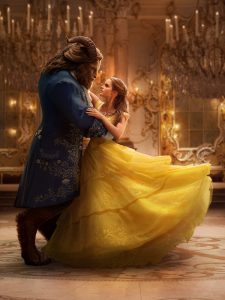 Also, the much talked about “exclusively gay moment” which the director of Beauty and the Beast, Bill Condon spoke about, turned out to be merely two or three suggestive moments and a transgender moment where a man was dressed in drag and enjoying it. It was a bit sad that the only truly original and unique moment in this new Beauty and the Beast was a bit of LGBT propaganda.

The characters are unchanged. Where we expected more development from beloved characters, we saw none. Where we expected a deeper plot, it failed us. And now that we come to think of upcoming new versions of Dumbo, Aladdin, Mary Poppins, Cruella, Little Mermaid and many others that have been announced, we are worried that all they will bring is another all-star cast just repeating the work the animated films had already done.

We obviously need fresh stories, and Disney seems unable to give them to us. We can even understand them, it is much easier to live off of former glory than to dare and do something new and interesting, after all, the familiar feels good. Unfortunately, familiar is not challenging, uplifting or inspiring as new and truly original things are.

In spite of its success, we think this is the time for Disney and the entire Hollywood to have a wake-up call.