In December last year, video game creator Shigeru Miyamoto and producer Eiji Aounuma announced during the VGX 2014 event in Las Vegas that “The Legend of Zelda” action-adventure video game will be coming to the Nintendo Wii U either in October or November 2015.

In March this year, Aounuma revealed that they have decided to push back the launching of the video game to next year in order to make it the most complete and ultimate Zelda game.

Aounuma apologized to gamers and fans who were expecting “The Legend of Zelda” coming out before the year’s end. He said that releasing the video game in 2015 is no longer their priority as they are now focused on coming out with the best video game on Wii U ever.

He explained that he has come to think that rather than work with meeting a specific schedule as their main objective and releasing a game that reflects only what they can create within that scheduled time, the development team’s focus now is to bring all the great ideas to life to make “The Legend of Zelda” exceptionally great when it comes out on Wii U.

The producer added that the development team would capitalize on the additional time that were given to them as a result of the delay and they promised to reward gamers and fans of “The Legend of Zelda” for their patience and continued support, details Youth Health Mag.

A Nintendo game at E3

Rumors about the possibility of “The Legend of Zelda” coming out during the upcoming Electronic Entertainment Expo (E3) 2015 event at Los Angeles, California slated this June 16 to 18 started coming out when word got around that a Nintendo game will be launched during the occasion.

Apparently, it is not going to be “The Legend of Zelda” but the game called “Paper Mario,” which may be announced at the E3 2015. The game was previously released for N64, Wii, Nintendo 3DS and Nintendo Gamecube.

The Japanese gaming company has been known for putting a spin or twist and successfully reinventing classic games like “Mario Kart,” and “Super Smash Bros.”

Tried to do what they can

The series producer recalled that since he declared the launch of “The Legend of Zelda” during the Game Awards in December last year, the development team buckled down to work real hard to make it really happen. 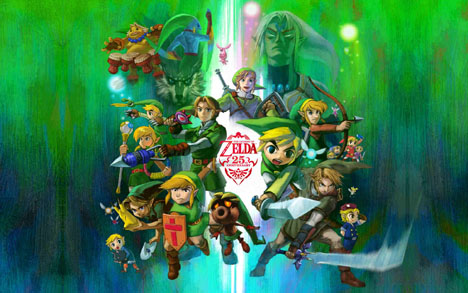 However, the team discovered new possibilities for the game. As they tinkered on those new possibilities, new ideas also came up along the way, which according to Aounuma had the potentials to create something that even exceeds his own expectations.