Contrary to rumors that there is bad blood between former lovers Ian Somerhalder and Nina Dobrev when they parted ways a couple years ago, the actress said that those speculations are not true.

In an interview, Nina Dobrev said that she and Ian did not break up because anything bad happened between them or because there was no love or friendship in the relationship.

Dobrev said that she loves Somerhalder and the friendship between them remains strong. She also thinks Ian is a great person and that she continues to care for him, details Movie News Guide.

She said that they were friends long before they dated and they are still friends now. It did not change amid their breakup and they are both professional actors too, she added.

The revelations of Nina Dobrev quashed previous rumors that said that Ian Somerhalder would be quitting the American supernatural drama TV series “The Vampire Diaries” in the event that the actress decides to return and reprise her Elena Gilbert role.

In addition, there were also speculations that Nikki Reed, the wife of Ian Somerhalder, is reportedly not in favor of Dobrev’s return as a possible romantic interest of her husband in “The Vampire Diaries.”

But Nina Dobrev has said previously that she was very happy that Ian Somerhalder got married to Nikki Reed because she felt that her former boyfriend would be very happy with his wife.

The actress said that it is the media or the internet trolls who spread the false rumors or the reported bad blood between her and Ian Somerhalder.

Incidentally, a gossip-debunking site also affirmed the pronouncements made by Nina Dobrev when it managed to interview Nikki Reed who said that she is never at all worried that Ian Somerhalder will be paired again with Nina Dobrev in “The Vampire Diaries” Season 8 including several possible love scenes.

With the significant drop in the ratings of “The Vampire Diaries” during its seventh season, it was clear that it was caused by the absence of Nina Dobrev.

As reports are circulating that Season 8 might be the last for the TV series with a huge fan base, the return of Nina Dobrev has become imperative and imminent to perk up the ratings and finally bring a closure to the storylines in Mystic Falls, notes the Celeb Dirty Laundry.

There are also reports saying that Dobrev will not take on her previous character as Elena Gilbert but something else. For a while, the reports said that she is going to take on the role of her doppelganger character Katherine but as of late, she has been reported to take on the big bad character in Season 8 of “The Vampire Diaries” when it premieres on The CW on October 21.

However, all these remain as speculations pending the confirmation from the showrunners or cast members themselves once filming gets underway.

The right thing to do for Dobrev

Executive producer Julie Plec of “The Vampire Diaries” on The CW has confirmed that actress Nina Dobrev shall be returning for the eighth and speculated to be the final season of the show. 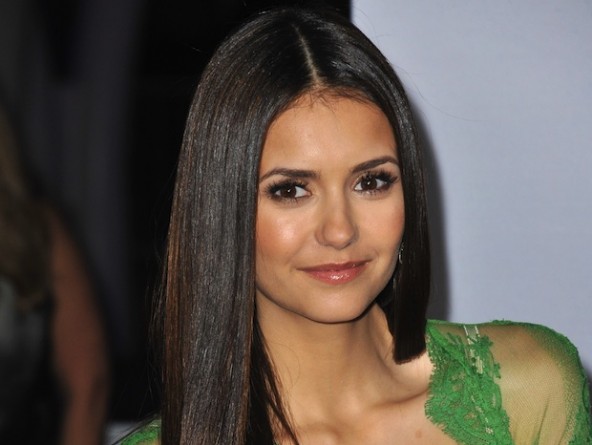 After missing one season where the TV series saw a significant drop in its ratings, the producers and showrunners needed to arrest the slide and Nina Dobrev was the first to come to their minds.

Fortunately, the career of the actress did not take off in the movies or in other TV shows after she left “The Vampire Diaries” after Season 6 as she hoped to be so returning to the TV series that made her a household name is obviously the right thing to do for her.

Fans have been debating on which character Nina Dobrev should take when she returns for “The Vampire Diaries” Season 8.