There have been various reports about what we’re going to see in the new season of “NCIS”, and one of the most recent claims about the show is that Agent DiNozzo is going to be given a more prominent role, while Agent Gibbs will be coming back. The news about Agent Gibbs initially came after it was confirmed that Mark Harmon, who plays the character, has signed a contract for another season.

However, we still don’t know what the producers have planned for him, and they’re actually quite vague when it comes to revealing details about the new season. At the end of season 12, we saw him suffering from two (or more) gunshot wounds, as he got hit by Luke Harris while his team was in Iraq following the trail of a terrorist group.

However, according to Gary Glasberg, no matter what happens with Gibbs, “the team will be there for each other as they go through the long-term and psychological effects of what happened”. While this sounds a bit worrying – as it has the implication that there might be some negative developments in store for Gibbs – it at least gives us some reassurance for the rest of the characters.

Meanwhile, the claims about Agent DiNozzo came from another interview with Glasberg, where he hinted that DiNozzo might be getting prepared for a promotion, getting the commanding role – at least for the period while Gibbs is recovering, which at this rate might take a while.

In season 12, we already saw him in contact with the head of The Calling, Daniel Budd – and it wouldn’t really be that surprising to see DiNozzo given the leadership role. Of course, it’s also entirely possible that the writers are planning something surprising for the character as well, and his promotion might come with a few strings attached.

Harmon has been teasing some “previews” of how the show might look like with his absence, but that was before he signed his contract for the new season. Back then, he admitted that whether or not his character will continue his role on the show depended on the producers and writers, not on him – and as much as he’s willing to continue his role, they might have something different in store for him.

We’ve heard reports that filming has already started for Michael Weatherly, Pauley Perrette and others, and some scenes of the new season were already shot a few days ago. So far, we don’t know exactly what those scenes are about, and we don’t expect to hear many spoilers on the official front either.

After all, the way season 12 ended left many questions open and hanging in the air for fans of “NCIS”, and the producers are well aware of that. Because of this huge cliffhanger, there is now a lot of interest on the show as well, and subsequently, it wouldn’t make much sense for them to reveal what they are preparing for the new season exactly. 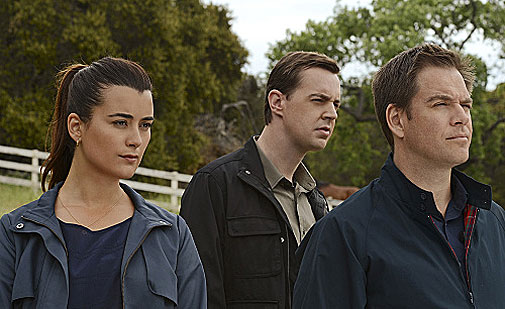 We also don’t expect the actors themselves to leak too much information, although we are probably still going to get the occasional teaser and hint like above, but they will always be carefully prepared before being spoken in public. Forums related to the show are always a great place to get the latest summary of what’s been revealed – and hinted – by the producers, and fans often even collect entire threads of information about the latest developments surrounding the show.