The smartphone market is so competitive these days so much so that handset-makers all over the world would not stop developing new phones even after releasing new ones into the retail markets.

And with it comes the problem of saturation, or over-saturation in some cases, where certain smartphone makers release too many smartphones in the same market segment that a couple of its handsets get overlooked and worst, forgotten.

That seems to be the case with the Motorola Droid Turbo, which is a very exceptional flagship smartphone from Motorola launched in October 2014, but for some reason was left to flounder in favor of the company’s other smartphones.

Digital Trends describes the Motorola Droid Turbo as one great phone with powerful features and battery life for days. However, the site also noted that with key updates still missing more than six months after its release, many of its users were dismayed not for the phone but for Motorola and the carrier company.

When it was released in October 2014, the Motorola Droid Turbo has all the right ingredients to a great and exceptional handset.

It offers a giant, beautiful and high-resolution (565 pixels per inch) display screen and can be carried without the fear of being bending, as was the problem of the latest Apple iPhones and lately, Samsung too according to recent reports. It has a two-day battery life and a 21-megapixel camera that can record a 4K content.

The Motorola Droid Turbo has also taken on a premium look using ballistic nylon, reinforced with a layer of Kevlar, the same material used for bullet-proof helmets.

The buttons of the smartphone also feel premium and its style has been further accentuated with fine lines, giving it a texture all its own and a very nice touch too.

What made the exceptional smartphone somewhat stale is when Motorola failed to deliver on its promise to update the operating system of the Droid Turbo more than five months after it was officially released to the retail markets.

The Motorola Droid Turbo came out with Android 4.4 KitKat on it when it was released in October 2014. Google officially unveiled the Android 5.0 Lollipop the following month but it was only in January this year when the new mobile OS started hitting most of the Android phones.

Other flagship devices are now coming out with the Lollipop already onboard and it is just a mystery why the Motorola Droid Turbo is being left behind when in fact Motorola is only second to Google Nexus devices when it comes to implementing software updates on its handsets. 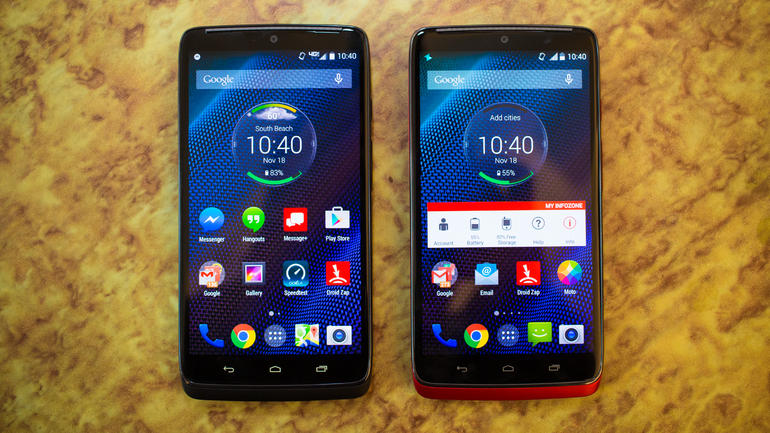 From being a bright spot in the Motorola smartphone line, the Droid Turbo has been relegated to being a second-class citizen and if the company does not watch out, it would be left in the wayside sooner than later.