Things aren’t looking good for the Schumacher family, according to the latest reports from people close to them. It’s been a year since Schumacher fell during a skiing trip and hit his head, resulting in him having to be placed in a medically induced coma in order to save his life, and so far, his recovery has been slow and uncertain. It’s not known if the racing star will ever open his eyes, and reports remain rare and often unconfirmed.

Nobody but those close to Schumacher knows what’s going on for sure, as the racer’s family have understandably made a request for the press to leave them alone, and have said that they will not be giving any statements for the press for the time being. Schumacher is currently receiving treatment for his condition at his mansion by Lake Geneva.

The latest reports from the family home claimed that the racer has been showing some very limited signs of awareness of what’s going on around him, but is far from more serious recovery such as regaining his motor functions. He’s been making some progress, but he still has a long road to walk, if he is to ever recover.

Indeed, some reports have said that only a miracle can save Schumacher at this point, as the racer’s condition has been very poor and without any signs of improving in the near future. The medical team tasked with his treatment is comprised of 15 professionals, including Professor Jean-Francois Payen who was responsible for one of the surgeries performed on Schumacher after his ski accident last year.

Even though the Professor’s schedule prevents him from dedicating his full time and attention to Schumacher’s treatment, he still keeps in touch with the family on a regular basis, and he is constantly updated on the racer’s situation wherever he is around the world.

Meanwhile, reports have come out that the family has been facing problems with the situation from a different angle. The costs for maintaining Schumacher’s treatment have been on the rise, as the racer needs more and more specialized types of care, and the family has been finding it increasingly difficult to keep up with the payments. 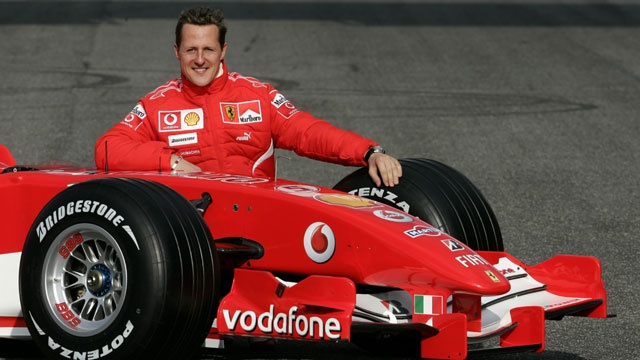 So far though, they seem to be more than capable of continuing to provide him with the full support the needs, and people are doing whatever they can to help out, including setting up special tents outside the mansion to keep paparazzi away. Annoying insensitive “journalists” have been one of the biggest issues for the Schumacher family, according to reports, as it seems that some members of the press are only interested in getting paid, lacking any basic human empathy.