Various good news about season 9 of “Doctor Who” have been keeping the show’s fans happy recently. After it was confirmed that Peter Capaldi and Jenna Coleman are filming for the new season at the moment, we also got a confirmation that Mark Gatiss is also set to return in at least one episode.

According to the report, there will be an “autumn episode” which he will be given credit for, and fans have been excited to see an episode produced under his writing. In the interview where he revealed that he’ll be participating in the new season, he stated that he was actually in the middle of finishing up his work on it, and he was hoping to get it done by the end of the day.

Apparently, the new episode will be a scary one, which is not surprising, given the overall theme of the show, but we don’t know exactly what kind of horror it’s going to feature. The author himself stated that the episode has been a bit difficult to write, but worth the effort in the end, and while he couldn’t reveal any specific details about the episode, he did say that it will be a scary experience for the viewers.

So far, we’ve seen several episodes written by Mark Gatiss, including “Robot of Sherwood”, “The Crimson Horror” and “Cold War”, and most – if not all – of them have been quite successful with the show’s fans. There has been speculation that the episode he’s responsible for will be one half of a two-part episode that will reportedly be featured in the new season. However, it’s also been reported that this is somewhat unlikely, so we’re not sure what to think right now. Gatiss himself has, of course, not given any hints.

Meanwhile, we also got to learn some interesting details about the new Doctor, played by Peter Capaldi. Fans might remember that he’s not exactly “new” for the series as a whole, but according to Steven Moffat, he won’t be brought back as exactly the same character that he was before. He has changed, and fans have already been given a glimpse into the implications that this change brings. 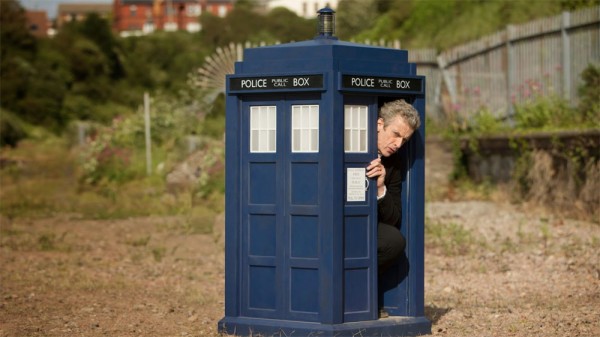 The production of the new season has been coming along nicely so far, and if everything works out, we can expect to see it sometime in the fall. The show has a very large fan following, with many people excited to see how the new season is going to turn out, and right now this is one of the most anticipated releases on television. Hopefully, the producers will manage to justify the huge expectations that fans have for the new season right now.