Macauley Culkin was born in 1980 and was quickly a movie star by the time he was 10 years old. Macauley Culkin starred as Kevin McAllister in the comedy Home Alone. Only two years later, he also starred in Home Alone 2: Lost in New York. Macauley Culkin was rising to fame very quickly and became a household name during Christmas time all over the country. Other movies, he was in include Uncle Buck, Richie Rich, My Girl, The Page Master, and Party Monster, just to name a few. He also had a small part in Michael Jackson’s “Black or White” music video.

Macauley Culkin is the third of seven children and has been in the news a lot since being in movies, but most of the news has not been that great. Claiming to have retired from movies when he was 14, but Macauley Culkin has taken to a secluded life style mainly keeping his private life out of the public eye. In 2004, Macauley Culkin was arrested with less than an ounce of marijuana and two controlled substances. He was briefly thrown in jail, but made bail very quickly. Macauley Culkin was given three, one-year suspended prison terms in order to pay a fine.

The former Home Alone star, O’Hara said that it was nice to see Macauley and they even got a picture together, which was taken by O’Hara’s husband. When asked how he was doing, she said he was living in Paris, looked lovely was doing well and that she was happy to see him. Macauley Culkin has been somewhat missing from the public eye, until in 2013, a viral video was uploaded to YouTube showing Macauley Culkin, eating a cheese pizza. 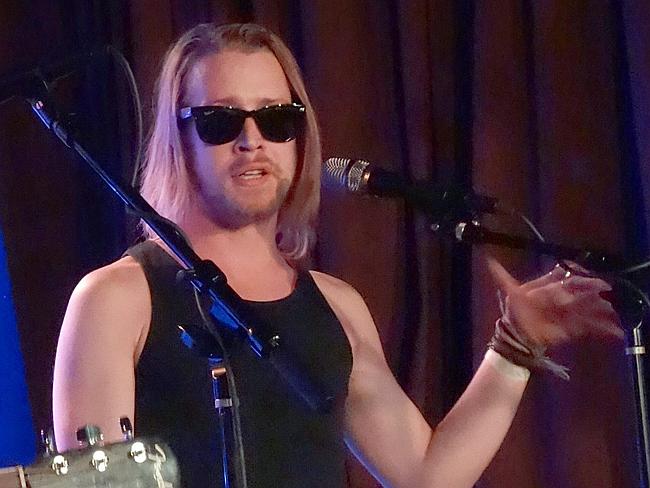 According to reports, Macauley Culkin was parodying Andy Warhol, eating a Burger King whopper as he did in a documentary 66 scenes in America. The video was made to promote, Culkin’s band. The band’s name, Pizza Underground, which is a rock styled comedy band that started touring in Brooklyn in 2014. Just a few months later, Culkin stormed off the stage during a solo after fans started booing him and throwing beer. Coincidentally, the band canceled the rest of the tours dates, claiming it had nothing to do with that incident.