It looks like it is not just the female fans of the Australian pop rock band 5 Seconds of Summer (5SOS) who hate the social media influencer girlfriend of lead vocalist Luke Hemmings.

Reports have it that even the three bandmates of Luke including Michael Clifford, Ashton Irwin, and Calum Hood also hate Arzaylea and they are just trying to be civil with her because of their friendship with Luke.

In fact, there were even reports that came out last May claiming that Michael Clifford and Luke Hemmings nearly came to blows because of Arzaylea.

According to first-hand accounts of witnesses, Arzaylea came onto Michael Clifford on the back of Luke Hemmings and Michael turned her down. When Michael told Luke about it, the lead vocalist of 5SOS refused to believe it, causing the squabble between the two bandmates.

A witness even used a Twitter account named Exposing Arzaylea and claimed that Luke and Michael were pushing and yelling at each other. There were no blows that were delivered but at a certain point during their skirmish, Clifford pointed towards Arzaylea’s direction before walking away.

There was also a photo that was posted on Twitter by a fan who witnessed the scuffle showing Luke and Michael grabbing each other. However, it was unclear whether the two were indeed fighting or just horsing around.

Another Twitter user named Paige claimed that Arzaylea is not allowing her boyfriend to talk to other girls while bandmate Ashton Irwin said that he did not like her. Paige also said that it was Arzaylea who came onto Michael Clifford and the guitarist did not know how to react to it.

Most of the fans confirmed that Arzaylea has been flirty with Michael Clifford and they believe that it was actually Luke Hemmings’ girlfriend who caused the commotion.

Has a beef against Arzaylea too

Latest rumors have it that it is not just Michael Clifford who has a beef against Arzaylea but also the two other bandmates in Ashton Irwin and Calum Hood.

Michael has previously told Luke that Arzaylea is bad for him and it seems that Ashton and Calum share the opinion of Michael. But they also know that Luke appears to be really smitten by Arzaylea so they can’t insist on him, notes the Hollywood Take.

They also do not want the issue of Arzaylea to become a wedge of their friendship and create a rift in 5SOS, which would not be good for the band and their careers.

As if to assuage fans that everything is well between Arzaylea and the bandmates of Luke Hemmings, photos of Michael Clifford and Arzaylea seemingly in good terms have started coming out online.

But fans of 5SOS and critics of Arzaylea immediately locked on it and claimed that the images were old, and were in fact taken during the birthday party of Michael in November last year.

They said that at that time, Arzaylea was still feeling her way around with the bandmates of Luke and has apparently not yet shown her true colors.

But these days, it is already a different story because the three bandmates of Luke Hemming now know the true character and attributes of Arzaylea. However, they do not want to meddle with Luke and as a friend and bandmate, they must offer him their all-out support on the issue of love and romance.

On the insistence of Luke 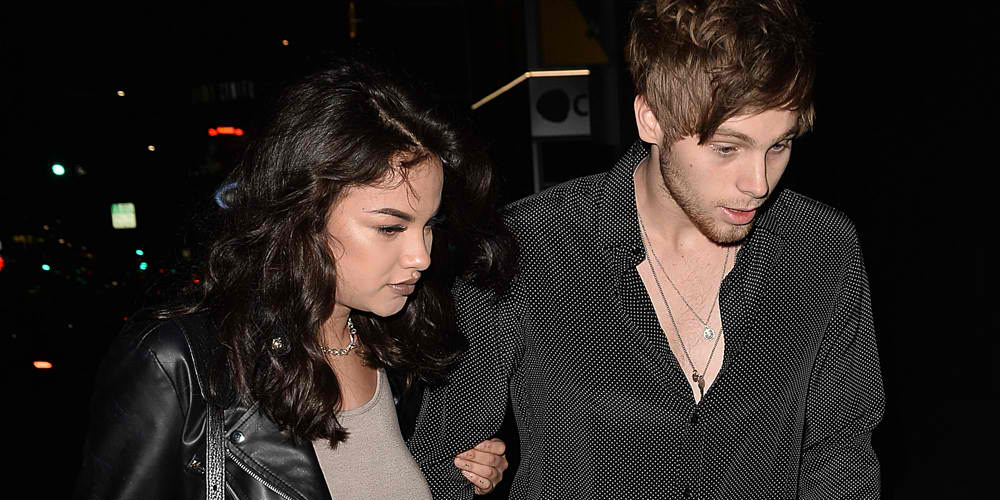 Contrary to fan speculations that it is Arzaylea who insists on joining the 5SOS concert tours in different parts of the world, it is Luke Hemmings who wants her with the group in cities where they perform most of the time.

According to reports, Luke Hemmings has made a habit out of inviting her social media influencer girlfriend to great cities where their pop-rock band performs.