The fifth season of the reality TV series “The Real Housewives of Beverly Hills” has just drawn to a close in the last week of April but cast member Lisa Vanderpump is already talking about potential co-stars whom she would like to work with at the show for Season 6.

Vanderpump, who also has her own reality TV series “Vanderpump Rules,” expressed her preference to pop star Lady Gaga as a potential candidate to join them in the show for next season.

She also added that she would also like to have as co-stars Maria Shriver, the former wife of Arnold Schwarzenegger, and Rita Wilson, Tom Hank’s better half.

Lisa believes that the addition of the three or any of the three A-list celebrities to “The Real Housewives of Beverly Hills” for Season 6 would really be good for the show once it airs on Bravo network in the latter part of this year.

Women who she looks up to

The outspoken Lisa Vanderpump also revealed during an interview that she would like to join the cast again of “The Real Housewives of Beverly Hills” for its sixth season. She added however that she would rather work with women whom she looks up to, respect, and admire, details Enstarz.

Vanderpump said that she wants somebody in the cast that can bring a lot to the table. And lest she be accused of trying to put down her fellow cast members on the TV series, Lisa clarified that she is not into the habit of criticizing others behind their backs.

She believes that everyone in the show is very good because others might be better than her on something and she excels over them on another thing.

Vanderpump said that she is all about women supporting women so she really likes to work with somebody fantastic or incredible on their own rights before citing the name of the three A-list celebrities.

Vote of confidence on Lady Gaga

Lisa said that New York-based pop singer Lady Gaga is also a potential candidate for Season 6 of “The Real Housewives of Beverly Hills” because she can read and relate to every woman on the show. 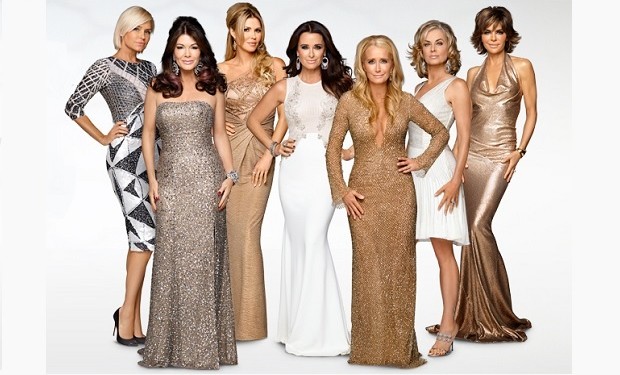 It can be recalled that Lady Gaga has previously worked with the women of the TV series. She actually included them in her music video for her song titled “G.U.Y.”