Now that “Batman v Superman” is out, the attention of fans has shifted in a new direction – many are waiting for the release of “Justice League: Part 1” and actively discussing the possibilities for the new film. One of the topics that dominates those discussions is the possible inclusion of Lex Luthor. We still have no official confirmation for the character, and even Jesse Eisenberg, the actor representing him on the screen, was not quite sure what to say.

As can be expected, Eisenberg was somewhat cryptic in his response, only claiming that he would personally enjoy reprising his role. Whether or not that would happen is still up in the air though, according to him – the implication was that no decision has been reached behind the scenes.

Lex Luthor as a character has a lot more potential to explore and many fans would agree on that, as does Eisenberg himself. The actor claimed that he could do a lot more with the complex personality of someone like Luthor if given the chance, so hopefully the producers still have a spot open for him. Jesse Eisenberg also has a lot of experience that could be utilized much more creatively in the next release.

It’s also worth noting that not everyone was so pleased with Eisenberg’s performance, as some fans and critics agreed that the actor didn’t actually do such a stellar job with the character. There are many different layers to the personality of someone like him, and it’s understandably not a straightforward job to represent this person adequately, but it could also be a matter of giving Eisenberg one more try.

After all, it wouldn’t be the first time that we’ve seen a major character on a film or TV show uncover their full potential later on, after a few releases in the line have already been made. Hopefully this is the case here as well, and if Jesse Eisenberg makes another on-screen appearance as Lex Luthor, he manages to convince everyone that he’s right for the job this time.

With about a week left to go before filming commences, there isn’t that much room for making adjustments to the plot, and we would expect that the producers are getting close to their final answer. It’s also possible that they actually do already know what they want to do with Lex Luthor, and if they haven’t informed Eisenberg yet, this could be a bad indication for what’s to come.

In any case, the producers should at least have a nice financial foundation for the filming of the next film, as “Batman v Superman” managed to secure a lot of funding for the studio. This was despite the almost universal panning the film faced from critics, a stance that has been highly controversial in the community of the film’s fans ever since its release. People are still split over the quality of the production, and there are some interesting arguments all over the Internet. It does look like there is more prevalence of fans who were pleased with what they saw. 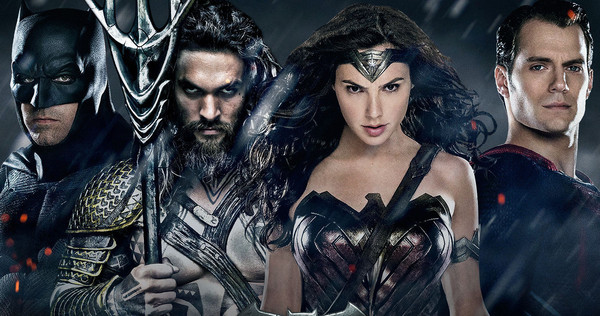 Despite its major financial success, the film is listed at under 30% at Rotten Tomatoes, an aggregate site for professional reviews. On the other hand, its IMDB page shows a much better score – over 70%, in fact – indicating a large discrepancy between the opinions of fans and critics. Which, of course, is nothing new under the sun, but when it concerns a more major production like this, it tends to draw some attention to the exact nature of the criticisms.