After saying in April that he wants to play again with the Charlotte Hornets next season, just days after the Miami Heat eliminated the Hornets from the first round of the NBA Eastern Conference playoffs, Jeremy Lin has apparently changed his mind.

Last year, he signed a two-year $4.3 million deal with the Hornets following a miserable season with the Los Angeles Lakers where he got paid almost $9 million for one year. With a $2.2 million paycheck with Charlotte and the level of play he exhibited with the team as a backup point guard to Kemba Walker this past season, the Hornets really got a bargain with Jeremy Lin.

It was kind of expected by the management that Lin would exercise his opt-out clause after one year, which was part of the deal he signed with the Hornets last year. It was kind of expected because of his splendid performance this season where he averaged 11.7 points, 3.2 rebounds, and 3 assists in 26.3 minutes of playing time, notes CBS Sports.

Recognizing the need to keep Jeremy Lin on its roster, the Hornets actually offered him a salary of $5.6 million for next season. But the team can no longer increase it because Charlotte would already be operating over-the-cap since it will also be dealing with other key free agents on its roster including Nic Batum, Marvin Williams, Al Jefferson, and Courtney Lee.

Lin’s deadline to accept the player option by Charlotte Hornets is on June 22 but reports are rife that the 27-year-old Harvard graduate will decline it. So he would become a free agent on June 23, or about a week ahead of the opening of the NBA free agency market on July 1, reports ESPN.

How much a team will be willing to pay him

Charlotte’s bid of $5.6 million for his services is a respectable offer but if other teams would be able to top it, Jeremy Lin would certainly accept it, provided of course that he would get the kind of role and playing time he got from the Hornets last season.

Critics believe that Jeremy Lin deserves a large contract but it will all depend on how much an NBA team who would be interested in picking him up in the free agency market would pay him.

Lin is not a starting point guard and is also not a strong defender but he is solid and dependable as a reserve guard.

According to reports, in addition to Charlotte, other NBA teams interested in his services include New York, Dallas, Chicago, New Orleans, and Philadelphia.

Lin has excellent vision and play-making ability. He can finish at the rim and hit the three at a decent but not-so-great percentage of 34%. He is an excellent choice for a backup point guard who can make plays as well as run the team offense.

He has learned to develop patience in the half court and has excellent instincts for the game. He is not yet a well-honed defender but he can also dig down and disrupt ball-handlers and go between the passing lanes.

Jeremy plays well in a team concept and is very coachable too, as such his terrific value in the market is understandable. In fact, if the Hornets is not constrained by its salary cap limitations, Coach Steve Clifford will actually lobby with the management to sign him up again and give the Hornets a fighting chance again in the NBA next season.

Turning the youngster dream into reality

Being able to play with or against an NBA player is a dream for many youngsters around the world who are hooked to the game of basketball. 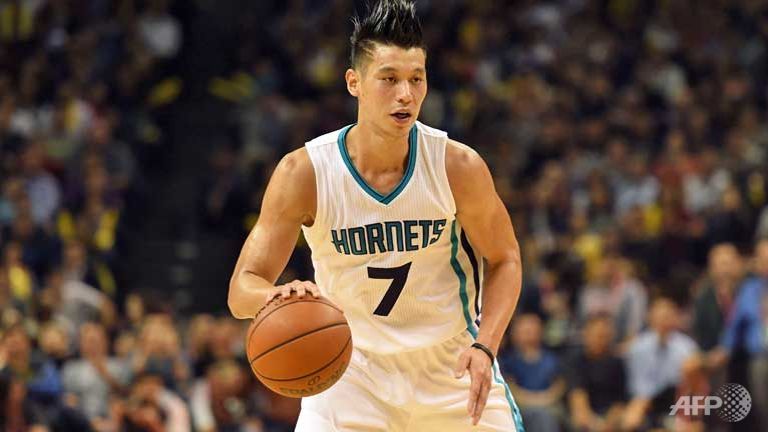 Jeremy Lin of the Charlotte Hornets helped turned that dream into a reality with one 14-year-old teenager when he recently went to Iceland to enjoy his vacation after his team got eliminated from the playoffs.

The 27-year-old Harvard graduate, who will soon be an unrestricted free agent with Charlotte Hornets, visited an ice cream parlor when Julius Orri Agustsson saw him.