“GTA 5” has been a massive success and the game managed to jump over the already high bar set by the previous titles, and set it even higher with various new features and changes to the overall setup that made it a huge hit. Fans of the franchise were very happy with how it turned out, while on the other hand various people decided to try “GTA” for the first time because of this very game, and all in all it managed to really improve the situation with the franchise by a great deal.

And even though it’s still relatively new, people are already thinking about “GTA 6” and what it might bring to the table. According to many, Rockstar are most likely at least considering the sequel at the moment if they’re not actively working on it already, and the studio would be smart to think about a new game in the franchise from as early as possible if they want to maximize their chances for success.

After all, a massive title like that probably takes some time to plan, and we wouldn’t be surprised if Rockstar did indeed already have some general ideas for the game and what it would involve. Of course, they would never discuss those plans so early on, but it’s interesting to think about what the studio could learn from “GTA 5” and the games before it, and carry it over to the next game in the series.

Fans have been interested to see the idea of having multiple protagonists continued and even expanded on, as it was definitely a great feature with a lot of potential to be made even more interesting, but the studio is going to have to think hard about how they want to revisit that idea before they decide to include it. We expect that they would make various adjustments to the premise if they were to keep the idea for the next game too, and some fans have been suggesting that the studio consider a female character for the title.

That’s definitely an interesting possibility and it’s something that would be a new development for the franchise, but it’s not guaranteed that Rockstar are even going to continue the idea of having multiple protagonists in the first place, so we don’t know how much we should expect this to happen at all.

On the other hand, some fans apparently want a more interesting, expansive world with more things to do. That’s strange to consider, knowing how far “GTA 5” went in this regard, but it could also make sense when some aspects of the game are considered, especially with regards to the overall presentation.

It’s true that “GTA 5” had a lot to see and do on the surface, but beneath that, there were some limitations to the whole setup which started to become obvious after one has been playing the game for a while, and players ended up feeling somewhat restricted because of that. 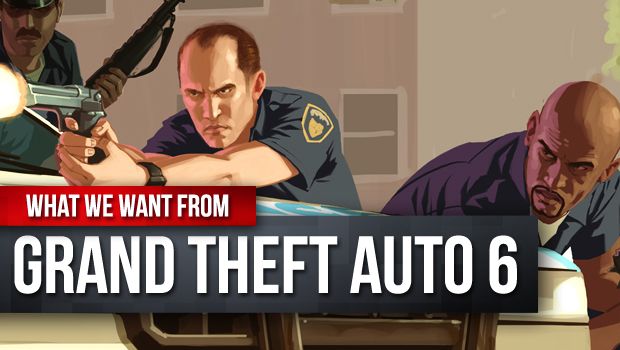 This has led to some requests for Rockstar to make the world of “GTA 6” feel more lively and interesting, and one of the things that some fans apparently want to see is less wasted space in vast outdoor environments that have nothing in them. “GTA 5” was definitely guilty of that to a large extent, as this made up a significant portion of the game’s map, but some saw an explanation for that in the game’s compatibility with older platforms.