If you have been watching the popular television show Grimm for the last four seasons, then you know exactly how much more exciting it has been recently compared to when it aired for the first time. Based on the Grimm Fairy Tales, the show is considered a police procedural fantasy drama that first aired back in 2011. The show has been called a “cop drama…with a twist” and that twist is the fact that not all of the criminals that are nabbed, are what they seem.

All of the characters are based on the Grimm Fairy Tales and that has been getting quite popular over the last couple of seasons. Season four just ended and now fans are looking forward to Grimm Season 5. There are plenty of spoiler alerts and other rumors floating around about how Nick is going to handle the death of his mother and his girlfriend in the next season. According to reports, Nick heads for a darker place.

In a round about way, the rumor sites are spilling the beans on the fact that Nick is about done with being a cop and ready to just do “my own Grimm thing.” With that being said, the speculation of what fans can expect when the new season starts is getting loud on the internet. Some expect that Nick will be with Adaline from this point forward and the fact that Adaline is having a baby produced by Nick is really going to change things up.

Hearing that Adaline and Nick might be a “thing”, should not surprise the loyal fans of the show. The connection was always there, even though it appeared that Nick and her were always enemies. Now that Nick has a dead mom and girlfriend to deal with, he just wants to find out who did this and take care of them the best way that he knows how to. Nick moved away from the help of his friends towards the end of last season, but that is about to change according to what David Giuntoli has mentioned in at least one interview. 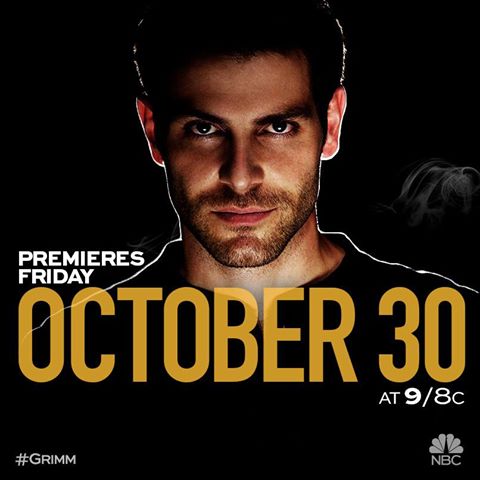 Monroe is going to be used more often when Nick is on a quest finally, since he was unable to do so while trying to protect his new wife from the Council. There is something coming in Grimm Season 5 that will take up much of Nick’s time and fans are going to have to wait and see exactly what that is when it comes back on the air in October of this year. The fans always thought that Nick and Monroe were a good match and that could be the reason that dynamic has been brought back to the show.