With the departure of Patrick Dempsey as neurosurgeon Dr. Derek Shepherd in the American medical drama TV series “Grey’s Anatomy,” the show has lost its resident McDreamy.

While there are still a couple of male eye candies in the series including Justin Chambers, who plays the temperamental Alex Karev, and Jesse Williams, who plays Jackson Avery, there is nothing like Patrick’s full head of wavy hair to bring in the shrieks and thrills to many female fans of “Grey’s Anatomy.”

Showrunner Shona Rhimes might have realized the extra value of Patrick Dempsey to the show that is why she has brought in Martin Henderson not only to fill in the slot in the acting and storyline departments but also in the looks part.

In fact, reports are now rife that Martin Henderson, who shall take on a role of being the new doctor in Grey Sloan Memorial Hospital, will become the new love interest of Meredith Grey, played by Ellen Pompeo, notes Extra.

In an interview, Ellen said that Martin will be the show’s and Meredith’s new McDreamy, and the actress is quite excited to work with him. “Grey’s Anatomy” Season 12 will premiere on September 24 at ABC.

Putting an end to the rumors

Meanwhile, Shonda Rhimes has put an end to the rumors that have been going around for quite some time now that Katherine Heigl, who previously played Izzie in the early seasons of the medical drama TV series, will return to the show.

TV Line’s Michael Ausiello publicly called on Rhimes to bury the hatchet and give “Grey’s Anatomy” fans closure to the Alex-Izzie love story almost three months ago. He did it again on August 3 face-to-face with Rhimes during the ABC’s Television Critics Association press tour-themed at the Beverly Hilton.

Ausiello was actually espousing for a one or two-episode guesting appearance for Heigl in the series but Rhimes was firm and she shut the writer down hard.

Rhimes was quoted as saying that there is no coming back for Heigl in “Grey’s Anatomy” and that she is already done with the story. She added that she has turned the idea over in her mind a thousand times and thought about how it would go. So she thinks that would not happen at all.

Season 12 of “Grey’s Anatomy” will premiere on ABC in September but speculations on what fans should expect in the upcoming season are just too plenty on the internet these days, that if every bit of information is true, the show can already be spin off to several more series.

The series finale of Season 11 caught every fan of the show by surprise as Derek Shepherd, the character played by Patrick Dempsey was killed off through a car accident.

It turns out later that Patrick Dempsey no longer renewed his contract for the series and he was only good for Season 11, leaving his character’s fate to the hands of showrunner Shonda Rhimes.

Rhimes went to the dramatics as she killed off Derek’s character to open up plenty of storylines for Season 12 and not just focus on the impact of Derek’s death on Meredith. 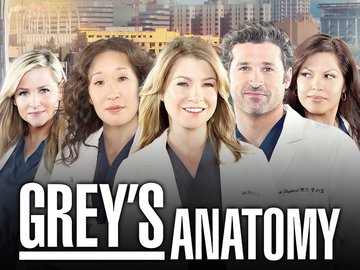 Back in the finale of Season 10, another major character in the series Cristina Yang, played by actress Sandra Oh, also bid goodbye to the show after deciding against the renewal of her contract with the series. But instead of taking the path of death, her character simply left Grey Sloan Memorial Hospital to take on the directorship of a hospital in Switzerland.