“Frozen” has been an international blockbuster when it was released in November 2013, even becoming the most successful animated film in history. With the huge success of the Disney animated film, many are wondering how the company will build on the story of the sisters Queen Elsa and Princess Anna. So far, there are many suggestions and predictions about the new film, but most of them point to Queen Elsa having a new love interest.

In “Frozen,” the story focused on Elsa hiding herself from everyone because she has discovered that her powers, though simple and beautiful, still has the ability to hurt others if she cannot control herself. During their younger years, Elsa hit Anna with her snow streak which caused a deep disease on Anna. To cure her, the trolls had to erase her memory of Elsa’s power.

Anna grew up not knowing about the accident and at the same time, not knowing that her sister has magic. All she can remember were the good times they had. After knowing that she could hurt Anna, Elsa fled away from her sister and locked herself up in her room. The siblings were orphaned after their parents died on the sea.

On Elsa’s coronation night, Anna met a prince whom she thought she had fallen in love with. Then, she met Kristoff while she was trying to save Elsa back after her sister left the kingdom.

The movie has been revolutionary in many ways. For one, the definition of “true love’s kiss” was not about a man and a woman. In the movie, the true love is the sisters’ love for each other.

Critics have praised this movie from Disney saying the company is slowly redefining the meaning of love for everyone. Disney is a big influence to children and everything they put out there has an effect on the children watching their shows and films.

Before, Disney was criticized for creating generic princesses with tiny waistlines that are believed to be damaging to children’s perception of beauty. So many artists have tried to redefine and remake the Disney princesses by portraying them with normal-looking physiques. Illustrators have created pictures of the animated princesses that followed the average body type of women, those that do not have impossibly tiny waists.

Now that Disney is recreating its characters, people are suggesting that Disney can actually be the first company to create an animated same-sex relationship. There could be a big debate if this will be the case, but this is still an interesting avenue to venture.

There is also this far-fetched theory that Elsa will be linked to the snowman she created, Olaf, who will turn into a handsome young man. There are also other predictions about an entirely new character entering the film.

Meanwhile, other reports suggest that the new film will feature a well-balanced Queen Elsa who is now capable of managing her powers. With her new powers, Elsa is expected to face another villain.

In the first movie, the sisters were manipulated into believing that Prince Hans, the guy whom Anna was supposed to marry, was a noble young prince. As it turned out, he was just seeking for the royal crown since he has no chance of being the king in his kingdom because he has too many older brothers. 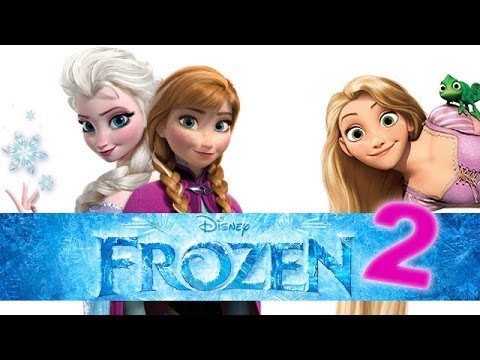 Disney has also featured a short film called “Frozen Fever” that was shown alongside the live-action version of “Cinderella.” The short film was about Elsa’s birthday and Anna was helping the entire kingdom to prepare. It was a funny little clip that still has the magic of the original “Frozen” film. With the short film, the possibility of the new sequel is getting clearer.