There have already been five plane parts of the ill-fated Malaysian Airlines Flight MH370 found since July of last year, with the last two just discovered this March – one in Mossel Bay in South Africa and the other in Rodrigues Island in Mauritius.

However, because of the absence of marine life in the new plane parts that were found, some critics were quick to conclude or offer a theory that those parts of Flight MH370 were planted or intentionally placed in the locations where they were found.

One of those who believe in the ‘intentional planting’ theory is the private pilot and freelance writer Jeff Wise. He has already written a book about the ill-fated Flight MH370 and he was quoted as saying last month that since natural means could not have delivered them to the locations where they were discovered, they must have been put there deliberately, notes The Week of UK.

While he did not say it directly, Wise was actually insinuating that the authorities have already found the wreckage and knew the events that transpired leading to the crash of Flight MH370 on March 8, 2014 and they were just covering it up.

However, Dr. Schalk Luckhoff, a retired physician, seemed to have debunked the deliberate planting theory of Wise and several other critics when he posted a photograph of the engine cowling when he first found it in Mossel Bay sometime in December.

The image showed the engine cowling with a Rolls-Royce logo that was covered in barnacles, which were, in fact, the marine life that the theorists were looking for in the discovered debris.

Luckhoff told an African newspaper that he had not realized that it could be from the Flight MH370 when he first found it in December. He also did not bother picking it up because the barnacles smelled so bad. He also said that when he returned to the same spot later in the day, the whole object had been washed away.

It was only during its official discovery in March by archaeologist Neels Kruger when Luckhoff finally realized that what he saw in December was actually the engine cowling of the Flight MH370.

By the time it was found by Kruger, the barnacles on the engine cowling appeared to have been washed off.

Authorities came out to say eventually that the new image presented by Dr. Luckhoff make a compelling case that the barnacle-encrusted debris could be thoroughly cleaned by wave, sand, and sun after coming ashore.

They added that the implication, therefore, is that the debris was not ineptly planted but that the lack of biofouling is due to the pieces spending time ashore before they were discovered.

On May 19, Egypt Air Flight MS804 also went missing with 66 people onboard bound from Paris to Cairo.

For some reasons, conspiracy theorists were able to join the dots between the Malaysian Airlines Flight MH370 and the Egypt Air Flight MS804. 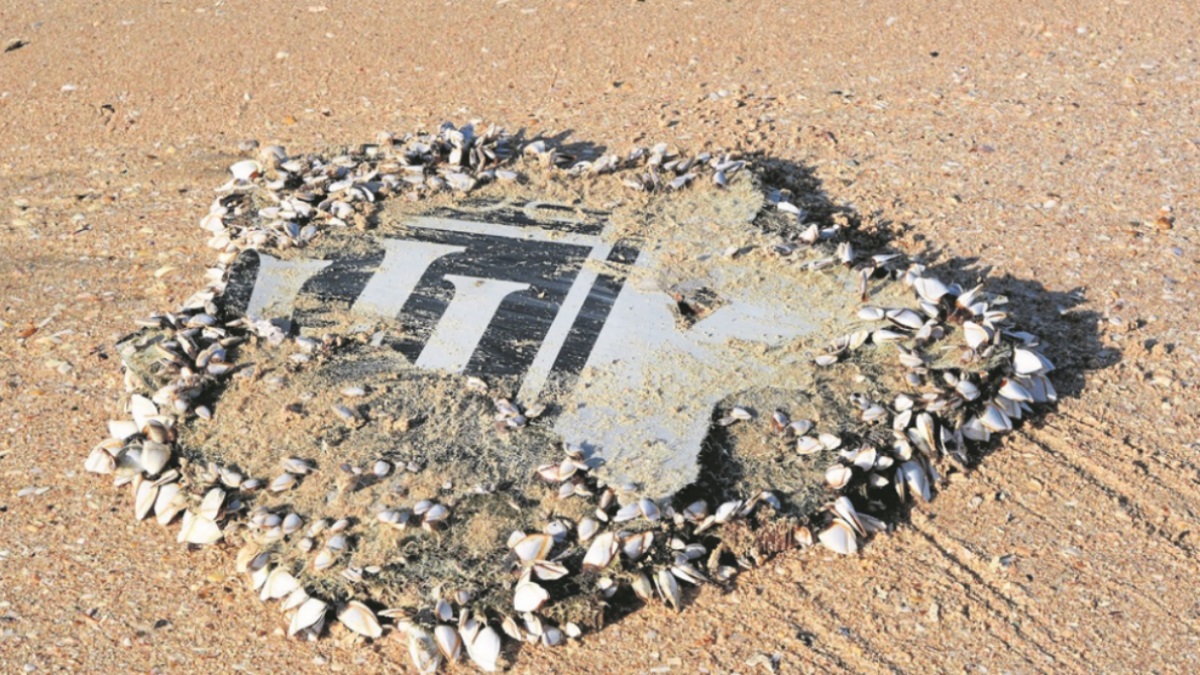 Accordingly, the two accidents could be connected as the two journeys were exactly 804 days apart, an incredible coincidence as the number of days between the two air trips matches the flight number of the latest aircraft to disappear from the radar and the skies, details the Express of UK.

Since then, a thread has been running on Reddit discussing the conspiracy theory and whether it is linked to numeric synchronicity, which is a theory where coincidences are not readily accepted.

One Reddit user said that it’s a pretty incredible coincidence but he admitted that there might not be anything to it, but it is odd, to say the least.