“Expendables” has been a bit of a rollercoaster for its fans. The franchise started out very strong, with a film that immediately got lots of positive reviews and made the news for quite some time. On the other hand, the most recent installment, “Expendables 3”, was less than successful and it was a bit underwhelming to most fans of the original. Because of this, many people are nervously waiting to see what’s going to happen with the next film, as currently nobody seems to have any idea if it’s actually going to be good or not.

But it looks like Stallone has been hard at work coming up with new ideas for the film and trying to spice it up for his fans, and of course he’s been contacting various celebrities and trying to get them on board. Most recently, we’ve heard reports of Hulk Hogan and The Rock (Dwayne Johnson) having joined the cast, and this production is starting to sound more and more exciting.

Reports also claim that Hogan in particular was very excited to be approached about a role in the film, as he was always a fan of Stallone and a long-time friend of him as well. We’re curious to see how Hogan is going to represent this role, and many of the actor’s fans are hoping that he will give it his best, as we definitely know him to be a very capable action actor.

Hogan is actually not going to be one of the good guys in this film – he’ll be a villain, according to reports, and he seems convinced that he’s going to portray the nastiest villain in the history of cinema too. We wouldn’t put it past the actor to really pull off that role well either, but of course it comes down to proper writing and production above all else. In the end though, we can definitely see someone like Hogan delivering a good performance when playing the role of someone on the wrong side of the law.

Meanwhile, Arnold Schwarzenegger has been talking about the future of the franchise, claiming that there is still plenty of room for more installments after the fourth one if it proves successful. That last part is actually quite important right now however, as it’s not clear at all if “Expendables 4” is going to make the big splash that people are hoping for.

This could actually be the last chance for the franchise to recover from its bad situation, and Stallone probably realizes that too as he has reportedly been working very hard on all aspects of the film, and he wants to polish it to perfection before actually bringing it out on the market. Other than bringing in new talent, there’s a lot that can be done in the production and post-production to guarantee the success of this film, and we’re confident that if Stallone really puts his mind to it, he can pull off something very strong. 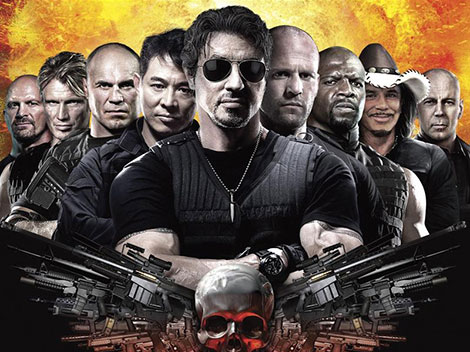 It’s also worth noting that the franchise has its fans even among the celebrities that play in it. According to Schwarzenegger, he has been urging Stallone to keep working on the films, or if he doesn’t want to continue, at least have someone else do it instead of killing off the whole franchise. Hopefully he’s going to listen to that advice, as it would definitely make sense to see even more of everyone’s favorite action heroes jumping from explosions all over the screen.