Elio Motors used to be quite prominent in the news, but there hasn’t been that much talk about the company in recent weeks. Some have attributed that to possible incoming bad news, but that doesn’t seem to be the case. From what we’re able to see about the company’s work, they just have a lot going on behind the scenes right now, and it’s reasonable to believe that they would focus more on working on their actual product, rather than keeping up a public appearance.

Most recently, their main goal was to push some legislative changes forward, necessary for their first release to be successful. The problem is that the company’s first vehicle should be legally classified as a motorcycle due to its physical configuration, but it’s actually not a motorcycle, and it’s closer to a regular car in its design.

While that may not have been a problem if it was just a simple matter of naming, the issue goes deeper than that – the law says that motorcycle riders should always wear a helmet, something which makes no sense with the enclosed design of Elio’s vehicle, which protects the driver much like a regular vehicle.

Because of this, Elio Motors have been in active talks with politicians, trying to get them to change the system so that the company can make their first release properly. It’s not clear how far they’ve managed to get in those negotiations, but there have been some rumors that the company is making significant progress, and that it’s looking more and more likely that they will be successful.

It should also be noted that the helmet requirement isn’t universal, and in fact, there are just five states that have it as a strict requirement in the US right now. The proposed new bill will introduce an entirely new class of vehicles, called “autocycle”, which will cover the design of Elio’s model, and will remove the helmet requirement for vehicles in this category. All things considered, this makes perfect sense and should be the right way to go, as opposed to trying to change motorcycle laws. 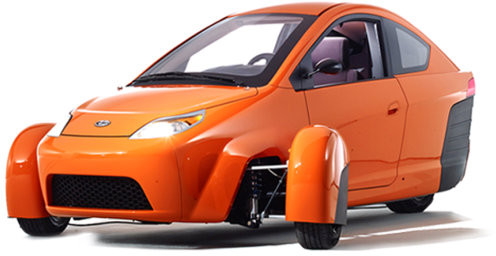 If all goes well, the first release of Elio Motors should happen in 2016, when they will bring their revolutionary ride to the market. The company is aiming to deliver a low-cost, economic and compact model that works well for urban drivers and commuters. They have managed to attract a lot of attention to their project ever since first announcing it, and even though it seemed that they were slowing down their work at some point, the company is still moving forward with their car design and don’t seem to have any intentions of stopping anytime soon.