With the date for Bethesda’s official presentation at E3 getting closer and closer, fans have been speculating even more about what we could possibly see at the event. There are not that many possibilities right now, with just three titles being important enough to get this kind of treatment. Most fans are split up between “Dishonored 2”, “Fallout 4” or a new “Elder Scrolls” title, and while all possibilities seem somewhat plausible, there has been more and more focus on the “Dishonored” front lately.

We still don’t know what Bethesda are planning, as the studio has been quite secretive about their developments. Whatever it is though, they deserve praise for being able to keep that a secret for so long. With so many rumors surrounding the studio’s work, it must get hard at some point. In the end though, they stand to lose a lot from an early leak about a major title like one of these, and they are probably well aware of that fact.

What could the new “Dishonored” bring to the table that could revive interest in the title though? The first game was received very well, and many were commending its original art style and approach to the story. On the other hand, there was also some negativity with regards to the way the game presented the attitude of its protagonist, with some claiming that the actual gameplay clashed with that a little bit. If the new game wants to fix that, it could focus on its action sequences some more.

Some fans have been a bit more hopeful than others too, speculating that Bethesda are actually going to make more than one major revelation at E3. While this certainly would be fantastic, it sounds like wishful thinking more than a realistic expectation for multiple reasons. The main one being that the studio will want to get as much exposure for whatever game they announce, and announcing two separate titles could result in them clashing with each other. 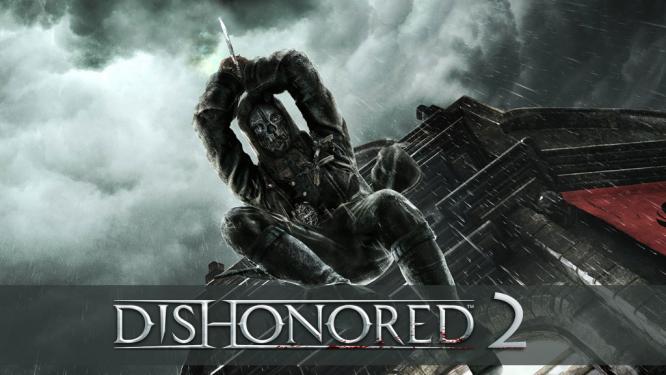 The fan bases of the three franchises have some overlaps as well, specifically between “Fallout” and “The Elder Scrolls” due to the gameplay styles of both games. And then, Bethesda usually like to leverage progress made in one of those two franchises when working on the other, introducing features that have proven to be successful and so on. With that in mind, it really wouldn’t make much sense to expect both of these titles to be announced at the same time. “Dishonored” is a more special case though, but we wouldn’t really get our hopes up for a double announcement that involves it either. Most bets right now seem to be on Bethesda announcing “Dishonored 2” and nothing more.