Fans of the “Persona” franchise have been very excited lately, as the arrival of October is rumored to bring about the newest installment in the franchise. So far, this is just a rumor, but of course many fans are already convinced that it’s true despite there being no official confirmation from the game’s developers yet. According to the rumors though, the game is scheduled for both the PS3 and PS4 in October this year.

However, many are expecting the developer to give some official information about the game’s actual release date in June, during their appearance at E3. And while we don’t know the exact schedule of the game’s release yet, there have been a few reports about the setting and characters that will be featured in the title.

According to current rumors, we’ll see Phantom as the main protagonist in the game – a character that we’ve already seen in a Yomiuri Shimbun advertisement. He’s a young boy who once lived in a café ran by a family friend, but at one point was forced to live on the streets where he took on an alternate personality, calling himself the Phantom Thief and putting on his mask.

Reports about the plot claim that the characters will do something that they believe is the right thing in the current circumstances, but it will force them to go on the run. We got to see Phantom being held in prison during one of the trailers for the game – but it might not actually be a true, physical prison in the end, as it was hinted that it could be a more metaphorical, spiritual prison that the character is trying to break out of.

Gamers will see the return of various beloved gameplay elements from the previous games, such as random dungeons and the community system, both features that were highly praised before. However, there will be no randomness to the design of dungeons involved in the game’s plot, which will all follow the same fixed pattern, individual for each dungeon of course.

Phantom will initially start with a Persona called “Arsene”, which could be a reference to Arsene Lupin, a well-known thief from French literature. This is just speculation at the moment, but various indications point to it being true. 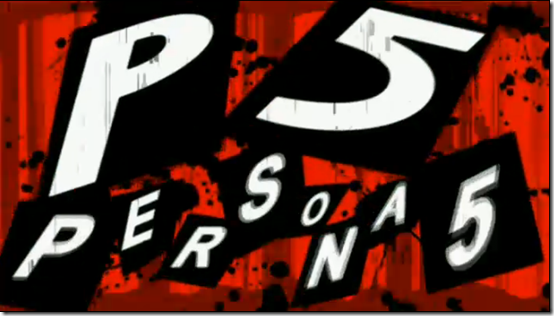 We don’t know when the game is going to come out exactly – the rumored October release date might turn out to be false in the end – but it should be ready by the end of 2015 in any case. We should see some more information about its release schedule from the developers soon, as it wouldn’t make much sense for them to keep quiet much longer if the game really is planned for an October release.