When the remastered edition of “Call of Duty: Modern Warfare” was first announced, fans of the franchise were quite excited at the news. After all, the game remains the most iconic entry in the series to this day, and many people have fond memories of their time spent on its servers, as well as with the single-player campaign. And now that we’ve seen actual footage of the game, excitement shot through the roof and many are eager to get their hands on the new game.

Meanwhile, we’ve seen some possible indications that the sequel to the original “Call of Duty 4”, “Modern Warfare 2”, might be the next entry in the franchise to get added to the Xbox One backwards compatibility list. The game is still quite popular among multiplayer enthusiasts in the community of the franchise, so this could be a great move for Activision, especially if they do some cross-promotion between the two titles.

Some fans suspect something else – it’s possible that Activision are also working on a remastered edition of “Modern Warfare 2”, and the “hints” about backwards compatibility were just accidental leaks of the game’s store listings. However, that would be a bit strange in the context of the studio’s typical working system, as they don’t usually have many different titles in production at the same time.

This is even more valid when one considers that they are also working on the newest entry in the main franchise, “Infinite Warfare”, so their development resources must already be quite strained. Still, it’s possible that a remaster of “Modern Warfare 2” is at least planned and is in the initial stages right now. If that’s true, we expect to get a teaser for it around the release of the “Call of Duty 4” remaster.

On that note, what do players have to say for the game after seeing bits of it? Most of the impressions seem strongly positive, although there were of course a few skeptical voices here and there. The visual quality of the game immediately impressed everyone, while some were pleasantly surprised to hear familiar gunshot sounds and other effects that have been taken directly from the original. After all, there is no reason to replace assets that are already good enough, and sounds could definitely fall into that category.

There were some critical comments aimed at the style of the presentation, with some players disappointed by the mechanical-looking movements of the main player. It’s clear that the video was either recorded using a controller with very finely tuned sensitivity, or it was scripted and was moving “on rails”, which would explain the precise yet monotonous aiming movements of the player.

In any case, gamers would have preferred to see some more action and dynamic movements in the trailer, but what we saw was still good enough in terms of visual effects, physics, and of course sheer gameplay quality. 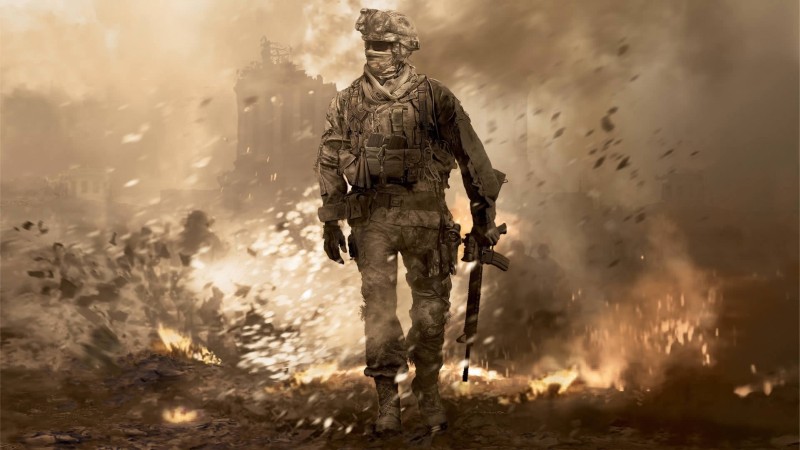 We don’t know if the multiplayer component of the remaster will prove as successful as the original game. After all, a large part of the popularity of “Call of Duty 4” lied in its innovative (for the time) style, and the original direction in which it took the franchise. Repeating all of that will definitely not have the same impact on fans, although it’s sure to tickle the nostalgic nerve of those who remember the franchise more fondly.