The 2017 Grammy Awards was held on February 12 and in addition to the awards for the best music artists from the past year, it also highlighted the institution’s tribute to two great music artists in Prince and George Michael who both passed away last year.

It was Bruno Mars who took the stage alongside The Time to perform Prince’s “Let’s Go Crazy,” much to the delight of the appreciative Grammys crowd.

The tribute to George Michael was done by Adele, during which she performed his 1996 song “Fastlove.”

As a fellow Brit who was enamored with his music, Adele explained backstage following her awards sweep that she was about 10 years old when she first discovered “Fastlove” and heard the vulnerability in the song.

An iconic figure in their native United Kingdom, George Michael’s Christmas Day death devastated Adele, saying that she actually had to go for a walk on her own and just breathe for a while, details Billboard.

According to Adele, the family of George Michael didn’t want a tribute at first, and they came back and were very specific that it should be her.

The show’s executive producer Ken Ehrlich, who had worked with Michael a number of times in the past, confirms, that the dream was Adele so they had to get it right.

Michael Lippman, Michael’s longtime manager, also had a dream. He wanted Grammy host James Corden, whose “Carpool Karaoke” series was launched with Michael in the passenger seat, Adele, Beyoncé and Rihanna, each taking a song of a different tempo and era in one giant Michael mash-up, an idea that began to take root, says Ehrlich.

But it became quickly evident how passionate Adele was and that she had a vision for what she wanted to do with it.

Hands-on with the performance

Adele was incredibly hands-on when it came to how the performance would be presented. It was important to her and she was fully committed, says Ehrlich, who reveals that Adele collaborated with Michael representative David Austin on the images and video used as visuals for the performance.

The incoming Sony Music CEO passed through Goring-on-Thames, where Michael last lived, while on a recent trip to England and was amazed by the massive shrine outside the late singer’s home.

Adele said as much backstage following her show-stopping bow. She said she found George Michael to be one of the truest icons, because of a lot of the time, with people who are at that globally known and famous, there tends to be, not a fakeness in a bad way, but they put on a massive bravado and alter-ego to protect themselves.

She adds that Michael was very British. No matter where his career or love life took him, he always remained true to Britain and they gave him a hard time a lot of the time, but he still stayed loyal until the very end no matter how much he tries to escape Britain sometimes. 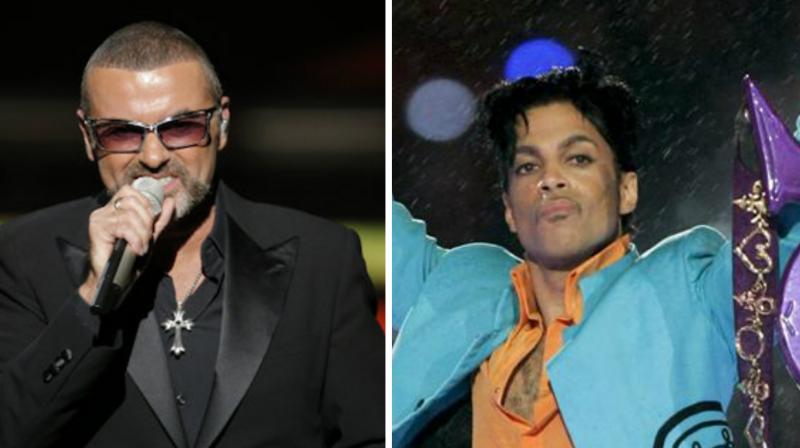 Adele said that her roots are there so she took great comfort in him and the bigger her career got, in trying to remain herself because she finds it truly an honor.

A few days prior to the 2017 Grammy Awards, the Recording Academy announced that this year’s ceremony will remember the legacies of Prince and George Michael with a pair of unforgettable tribute segments.

Producers did not reveal which artists would take part in the specific tributes, though it was previously announced that John Legend will perform the show’s In Memoriam segment. It turned out the rumors was inaccurate.