Hair loss has been one of the most difficult cosmetic issues for medical science, and it’s still not resolved – but there is new hope on the horizon every day, and with the recent results of research on stem cells, treatment for hair loss problems could be one step closer. Recently, scientists at the University of Calgary have figured out that a certain type of stem cells could prove to be key in treating hair loss, and they have identified various possible benefits from these cells in the treatment of the condition.

According to statements made by the researchers – in particular, Jeff Biernaskie – they have been considering the option of using stem cells to attack hair loss for a while now, but didn’t have any specific leads to go by. The research group has apparently suspected for a long time that there are certain specialized cells responsible for controlling hair growth, but they have been unable to identify how exactly those cells work until now.

The basic idea is that in the future, a patient suffering from hair loss could have some of their follicle cells extracted, and grown separately in a controlled dish. The resulting new follicles could then be reintegrated into the original tissue, leading to the natural growth of new hair, and in a much more effective way than current hair transplant solutions allow for.

Of course, as with any kind of research breakthrough, the actual useful applications for this knowledge are probably still a long time away. However, it’s becoming more and more obvious that it’s not impossible to treat hair loss, and that the problem seems to boil down to just looking at the situation the right way, and identifying the core issues leading to the condition.

Hair transplants continue to be the most prominent way for addressing hair loss, but it’s far from a perfect solution, and it also requires lots of extensive post-operative care. Finding a safe and easily approachable alternative has been the main focus of many researchers for a long time now, and while there has been progress in this field, it seems that there is still a long way to go until hair can be regrown naturally. 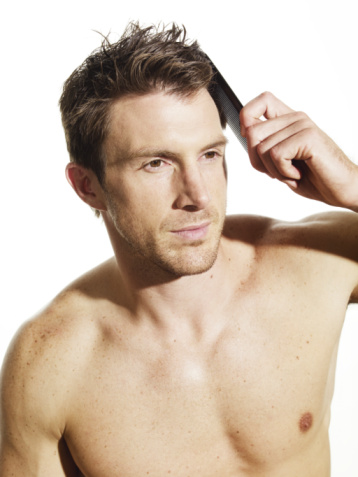 Stem cell research by itself has been the subject of controversy, but it’s been shown numerous times that it’s an area of science with a strong potential for having a positive impact on our lives in many aspects. Plenty of research groups have managed to make various useful discoveries based on stem cells, and if this type of research is given the green light more prominently in the future, medicine could see some very quick advancements in certain areas.