The more we’re hearing about “Batman v Superman: Dawn of Justice”, the more confusing the whole situation with the film is starting to seem. There are a lot of unknowns about it so far, and people are genuinely confused about how some parts of the plot are going to be handled. At the same time, there is also a lot of excitement among fans, as many people are convinced that this film is going to be a very strong release for both character, and that it’s going to expand their personalities nicely for fans on both sides.

And yet, there are various unknown factors surrounding the film and fans keep digging for new information, but often to no avail. As can be expected, there is a lot of speculation and rumors about this film, and it’s hard to figure out what should be trusted and what should be ignored. Some fans claim to have managed to put together a rough outline of the plot based on all the information we’ve seen so far, and while that’s entirely possible given the right details, it should be kept in mind that this is a film with a lot of tight, strict control over the release of information about it, and we don’t expect that the producers would have revealed too much details that could lead to spoiling the whole plot.

Still, we don’t know – and fans are particularly focused on a few scenes that we’ve either seen directly so far, or at least have been alluded to. Those include the infamous desert scene which has been the subject of much speculation among fans of both character, and the main theory right now is that it could be a dream sequence, according to some reports.

That could make sense in light of some of the details that we’ve seen in that scene, especially considering how some of those details seemed to contradict what we already know about some of the characters involved, but it’s hard to tell before we’ve seen the film itself. And of course, that’s going to take some time, so fans will have to resort to speculating until the production has been completed and we can see with our own eyes what this weird scene was about.

However, there are also other possibilities that fans have been exploring, such as the idea that it was all a mind trick by the main villain of the film who’s trying to manipulate the characters into believing his lies. That could also make sense and it could tie nicely with the ideas that are apparently already being set up for the film, but once again, it’s hard to tell – and for what it’s worth, a lot is still unknown about how Lex Luthor is going to be represented in the new film, and there have been rumors that his character is going to be significantly different from what we’ve already seen from him, and his personality could change a lot. 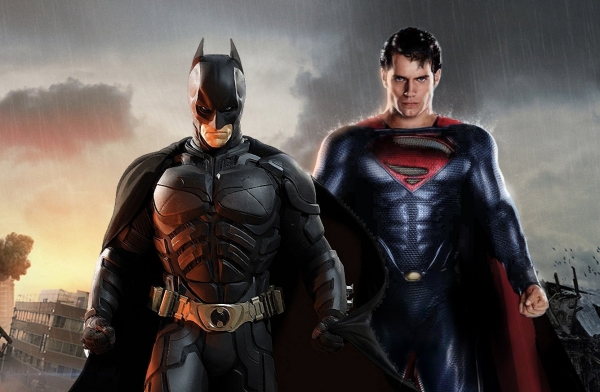 This is another aspect of the new film that fans have been wondering about and have even been arguing over quite actively. How much are we going to see the character of Lex Luthor changed, and how could this reflect on the plot as a whole? There are various different possibilities, but in all cases it’s been implied that we’re going to see a darker, more dramatic version of him, and there could be some implications of that on the overall universe of the film as well.