Attack on Titan Season 2 is suddenly in the news, but no information on the upcoming season is genuinely accurate at the moment. Fans are eager to know about the actual release date of the series, but there has been no official confirmation at the moment.

In fact, the previously speculated April 2015 release date is a hoax! There is no official news to validate that the production for Attack on Titan Season 2 has started and therefore it is difficult to pinpoint the release date.

Attack on Titan’s release date was always in trouble because of Manga. There was a time when the second season was under development, although, Wit Studios, which produces the popular anime, was working on multiple projects simultaneously.

The makers are currently busy with the development of the prequel to Attack on Titan, which is slated to release with the next volume in December 2014 and August 2015 respectively. After the two volumes are out, maybe Wit Studios will commence working on Attack on Titan Season 2.

The first episode of Attack on Titan Season One commenced on April 6, 2013 while the Season Finale aired on September 28, 2013, this means that an entire year has passed without any new episodes. Fans were highly hopeful about the 2015 release date and the creators ending the delay, although, this seems like an unlikely proposition at the moment.

With Wit Studios announcing an Original Video Animation or OVA series in August, the anticipation of Attack on Titan Season 2 gained momentum. The OVA series is based on the prequel to Manga and is rumored to be titled Attack on Titan: No Regrets. It features two episodes. The OVA will release with the fifteenth and sixteenth volume of the main anime series while the first releases on December 9th this year. Initial speculations also suggest that the second part releases on April 9th, 2015.

Attack on Titan Season 2, officially called Wings of Freedom, starts from where the OVA ends and is expected to release on 2015 – not necessarily April, but maybe later in 2015! Attack on Titan Season 2 is based in a world where humans are on the verge of extinction. Isamaya’s world is dominated by the creatures called Titans. 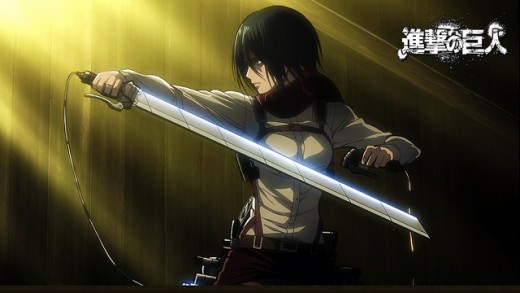 The main plot revolves around their friends – Mikasa Ackerman, Eren Yeager and Armin Arlert. The three friends join the army and battle against the Titans in a bid to save humanity from their clutches.

What did you like about the Attack on Titan Season One and what are your expectations from Season 2? Let us know via the Comments Section below. Stay tuned for additional news, reports, insights and updates from the world of technology.