Ariana Grande is set to join in the upcoming spinoff series of Apple Music’s “Carpool Karaoke” where she will be showing off not only her musical talent but also her hosting skills alongside another celebrity.

The pop star will be guest-hosting the show with America’s well-known TV producer, singer, and actor Seth Mcfarlane.

The two is set to be featured in “Carpool Karaoke” but as to which episode of the TV series will they appear has yet to be confirmed.

Reports have it that Apple Music has acquired YouTube’s hit karaoke show and the next season will consist of 16 episodes featuring 16 popular celebrities as guest-host beginning with actor Will Smith.

Rumors are saying that in the episode where Ariana Grande would appear, it will be mixed with interviews as well to highlight her hosting skills and singing prowess.

However, viewers are already anticipating that the 23-year-old “Side by Side” singer will showcase her hosting skills with Seth Mcfarlane since Apple Music has confirmed that the show will not only feature karaoke singing while the stars ride on a compact car but also will also endeavor to know the celebrities better by throwing in some personal interviews.

Some fans of the show are also not happy that the original host of “Carpool Karaoke,” James Corden will not be returning as host.

It is said that “Carpool Karaoke” will be exploring new pools of talent not only from the roster of today’s popular singers but also to be mixed with producers as well as movie actors and actresses.

Thus, the show might bring a new excitement and a breath of fresh air to its original concept.

According to sources, fans will get to see a variety of popular stars as Apple Music will be reformatting the show, which is part of their strategy to endeavor the company and its music to many viewers and music celebrities as well.

“Carpool Karaoke” is a hit segment series of James Corden’s “The Late Late Show” which features famous celebrities and personalities like Adele, Justin Bieber, and most recently, former First Lady Michelle Obama that hit more than 32 million views on YouTube.

The segment highlighted James Corden’s enthusiasm in picking up the celebrity guests to ride along with him in a compact car while they sing hit songs.

But according to recent rumors, James Corden will just be riding along with Will Smith in the first episode of the segment which is now a spinoff series of Apple Music.

Fans could possibly expect Ariana Grande and Seth Mcfarlane’s sing-along ride with one of the pop star’s songs. Some are saying that it is possible that it could be “Dangerous Woman,” which is also a way to promote her upcoming world tour.

Her fans are already excited how well she do in “Carpool Karaoke” when the show finally hits the air later this year. 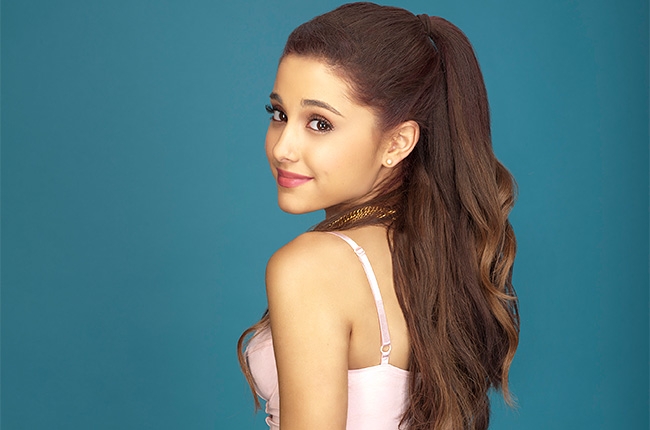 Celebrating a month with ‘Hairspray Live!’

The pop star showed off her surprising acting skills along with her singing talent in the live musical show and received positive compliments from her both her fans and critics. She took on the role of Penny Pingleton in the musical drama.