Chinese jailbreak team Pangu has not released an official jailbreak since the Apple iOS 9.2 was rolled out in March this year. And so is the other popular jailbreaking team TaiG. There was one Italian hacker by the name of Luca Tedesco, who claimed to have come out with a jailbreak for Apple iOS 9.2 and up but he has never made public his exploits.

The lack of official developments in the jailbreaking community gave Apple the bragging rights to claim that it has succeeded in its objective of making its iOS unjailbreakable since releasing the iOS 9 last year.

It seems however that there is now a changing of the tide that is about to happen in the jailbreaking community.

Pangu appears to be planning a comeback and it is making a huge statement not just to the jailbreaking community but to the Apple and its iOS development team.

The Chinese hacking team has released a few days ago a video showing a working jailbreak for the iOS 10 during its Mobile Security Conference held in Shanghai, China. The team from Pangu said that the software is still in its beta stage but it showed that Cydia is working fine, reports Mobile & Apps.

As it is, Apple has just released the full version of the iOS 9.3.3 a few weeks ago after coming out first with several betas for the firmware update.

So showing a jailbreak for a future iOS whose beta has yet to be released at all is a big comeback statement from Pangu to the jailbreaking community, notes critics.

While the China-based development team has not released an official jailbreak tool for Apple iOS 9.2 and up, they claimed that they already have a working solution to the iOS 9.3.3 and shall be making it public soon.

In fact, Pangu also stated that it shall be releasing the official jailbreak for iOS 9.3.2 in the next few days.

Pangu also claimed on its website that its current jailbreak tool works with the first two betas of iOS 9.3.3 so they expect it to do the same with the full version of the firmware update.

The team also claimed that the reason why they and other jailbreak hackers are hesitating to release the beta jailbreak for iOS 9.3.3 is because Apple may patch it and their work would just end up useless.

It said that Apple has not fixed any unpublished jailbreak beta with public iOS version release thus far.

Critics and iOS users are still waiting to find out whether the iOS 9.3.2 jailbreak finally comes to fruition as promised by Pangu because it has not done so since iOS 9.2 which makes its latest pronouncement suspect, reports 9to5mac.

However, Pangu’s announcement does not take away the excitement for the jailbreak community. It would be up to the Chinese hacking team if it can live up to its own hype.

The iOS developers at Apple must be grinning from ear to ear these days. From months now, there is still no official published jailbreak tool that has been made available for iOS 9.2 and up, which currently stands officially at iOS 9.3.3.

That is why it came as a surprise to many that when the American tech giant recently released the beta of its iOS 9.3.3, a hacking team who calls themselves as GSMagic, immediately claimed that they have jailbroken the latest firmware update from Apple. 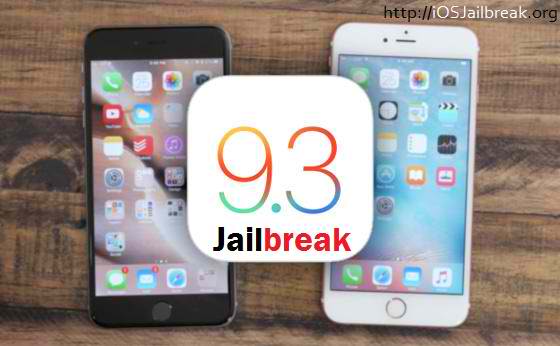 A closer review by critics and developers alike proved that the claim was another fake, similar to the statements coming from a lot of hacking groups or individuals that they have come up with the jailbreaking solution and tools to iOS 9.2 and later.

As it is, Chinese hacking teams at Pangu and TaiG are the known major players when it comes to the Apple iOS jailbreaking community but since March this year, they have been pretty quiet.

The loudest murmurs in the jailbreaking community these days come from Italian hacker Luca Tedesco who has shown proof of a jailbroken iPhone on iOS 9.2 and later.