“La Usurpadora” is one of the more popular productions in Mexican television history, and it had quite the successful run nearly two decades ago. Back then, Angelique Boyer was just nine years old – but the actress still remembers the show in great detail, according to her in a recent interview with “Hoy” – and not only that, but it seems that the production has actually had a profound impact on her own career, and has motivated her to pursue acting to a large extent.

According to her, the way the story was written was a great configuration for an actress, as it allows them to revisit favorite parts of the plot at later points, something which could help motivate a person in their acting to a large extent. She said this with regards to the sometimes repetitive nature of acting in telenovelas, which often tend to repeat the same part of the plot over and over again, something that can put a strain on an actress’s mentality.

The show featured various prominent stars, including Gaby Spanic and Fernando Colunga, and it was very successful, inspiring various other telenovelas and productions, and continuing to be named as the source of inspiration for various works even today.

Angelique Boyer’s current plans are apparently to take a step back from acting, which she’s going to do after she’s done with “Lo Que La Vida Me Robo” – however, other reports indicate that her break might not last long at all, as the actress is planning a return to the stage very soon afterwards. She apparently loves the on-and-off rhythm of her work, and her life revolves around schedules of this type, according to statements she herself has given – so it may not be that surprising that she’s planning her breaks as very short ones, and is already scheduling her return to acting. 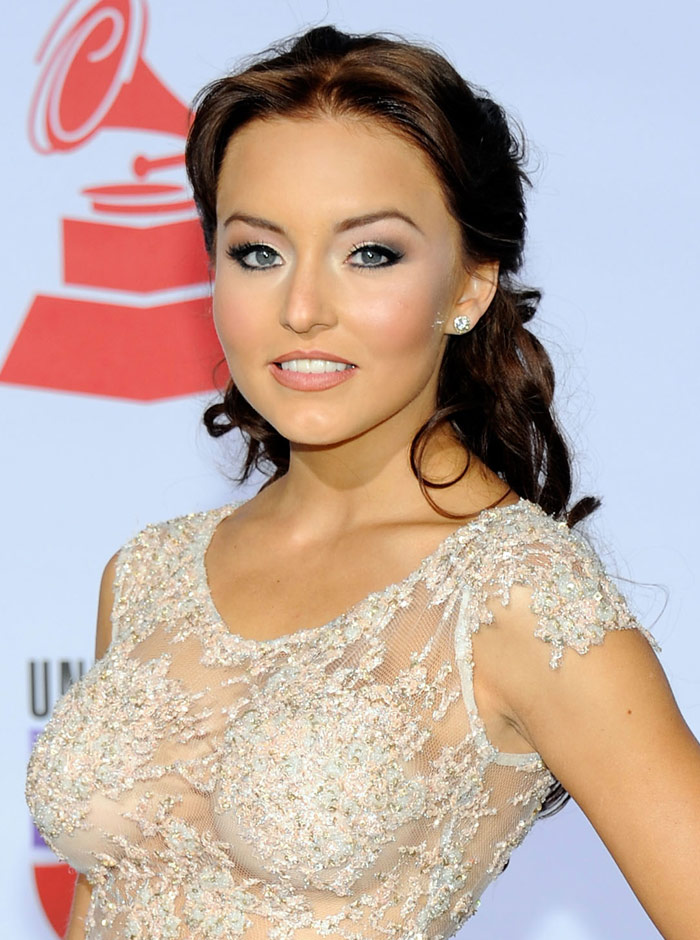 Currently, she’s on a tour around Mexico with her boyfriend Sebastian Rulli. They are going to perform together in “Los Hombres Son de Marte, Las Mujeres Son de Venus”. This seems to confirm a prediction made by Mhoni Vidente earlier, according to which the two would be back to their acting jobs sometime during 2015. This won’t be the first collaboration between the actors, as they’ve already shown that they’re more than capable of working alongside one another, often to great results – their very first work as a duo resulted in “Teresa” in 2010, which was released to very positive responses. Needless to say, fans have been expected about their upcoming work together, and the couple is one of the more prominent ones in the world of Mexican television drama for a very good reason. On this stage, one has to remember that the performing also often continues off-stage, as fans keep track of their favorite stars’ lives.