Motorola just announced the list of its smartphones which will be getting the Android 6.0 Marshmallow mobile OS update.

Obviously absent from the list is the first generation of the Moto E, as well as the Moto G, and Moto X. According to International Business Times, these handsets are already too old for the latest Android OS update.

Neurogadget also notes that the Moto E does not have the required internal memory to download and install the latest OS. This is apparently the same case with the original Moto G and the Moto X.

The second generation of the Moto E, which came out last February, was also not included in the list, but it is speculated that it will be added as soon as Motorola updates the list.

Following the release of the list, Motorola hasn’t given an actual date yet on when it will start rolling out the OS update. But reports say that it will come out very soon. The company has also clarified the enhancements the newly-launched OS will bring to its smartphones.

As per Latino Post, the Android 6.0 Marshmallow update will bring to Motorola devices the feature of putting their smartphones on Doze mode. Automatic backup and fingerprint scanning will also be available. The handsets will also now be able to use Android Pay.

The latest Android bump will also see the removal of the Moto Assist feature. Instead, a ‘Do Not Disturb’ can now be found in the sound and notification setting.

The upgraded phones will also have to say goodbye to Motorola Migrate and the Google Chrome extensions on Motorola Connect.

IB Times cites that the update is likely to take up about 500MB in size. Motorola also announced that its latest smartphone releases, the Droid Turbo 2 and the Droid Maxx 2, which are both running on Android 5.1 Lollipop, will also receive the Android 6.0 Marshmallow upgrade eventually.

The latest mobile operating system from Google was released last month. It primarily focuses on improving the overall user experience from the previous Lollipop version of the OS.

One of the most talked about features of the Marshmallow is the new app permissions system. Unlike before, app permissions can now be revoked and granted on a per-app basis from Settings, Android GS reports.

It also promises battery life enhancements thanks to Doze. ‘Google Now on Tap’ also brings improved functionality for Google Now. The feature is now capable of showing contextual information about what the users searched for.

The newest Android iteration comes with an automatic data backup feature on Google Drive. The backup occurs once a day with a 25MB limit per app. Users also have the option to turn it off. 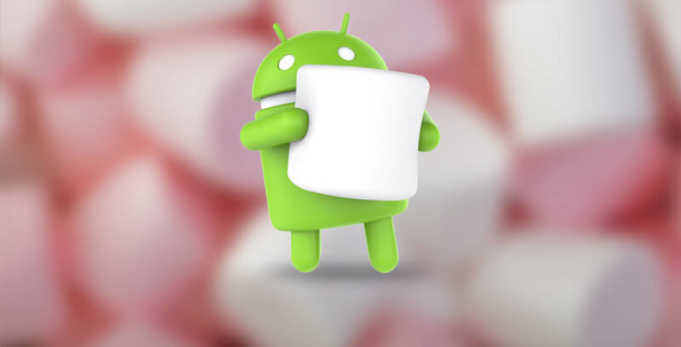 Another great feature for the previously dubbed Android M is that it allows SD cards be the default storage. It also comes with an enhanced Storage Manager and an improved RAM Manager.

Reports say that Android 6.0 Marshmallow brings some minor fixes to the Phone Dialer app and added new features in the Contacts app.

The Nexus devices were the first to get the latest cottony sweet OS upgrade. The over-the-air update is now available for the Nexus 5, 6, 7, and 9.