OnePlus were recently aiming to give their users some new updates to the operating system of the OnePlus One, bringing it up to Android 5.1.1 after a long period of users requesting this constantly. And even though they actually released the update at one point and users started downloading and installing it, the company has now rolled back the OS version to the previous one and the update is no longer available for download.

According to reports, about 2% of the company’s users have been able to get their hands on the new OS version, but even those might be disappointed by the official explanation as it has some negative implications for them. Current reports claim that the update suffered from major issues and had to be pulled out before the company faced problems with their reputation, something which was apparently right on the verge of happening due to the significant nature of some of the problems.

While no official explanation has been given yet about the exact nature of those issues, we hope that the company manages to recover from the situation and release a proper update soon, because their users have been quite displeased with the way they’ve handled this update and have been expressing a lot of disappointment over the direction of the company’s recent developments in general.

It’s worth noting that OnePlus are using a customized version of the Android operating system and there might be some specific issues related to some of the patches included in the OS, and their own device hardware – but until an official statement has been made about the situation we can only guess and hope that the problem will be resolved sooner.

Until then, users can of course rely on unofficial release channels to get a more recent Android version, but that comes with its own risks and is generally only advisable for those who know what they’re doing and understand the risks involved in the flashing process in detail. While nowadays it’s relatively easy to flash an Android smartphone properly and make use of the advanced features of some custom ROMs, the process also comes with a complete warranty void in most cases and it can rarely brick a device too.

But in the end, the OnePlus One is aimed at users who want to get the most out of their devices and know what they’re looking for – that “never settle” slogan stands for something, after all – and the company is well aware that their users like to flash their devices.

It’s generally better to rely on the official software updates for this though, especially when using an OS that’s already been customized by the manufacturer. Things like special launcher features and apps that make full use of the phone are not uncommon, and sometimes it’s better to just wait for official updates instead of forcing them through a manual flashing procedure. That is, of course, when those updates work correctly and aren’t pulled out immediately afterwards. 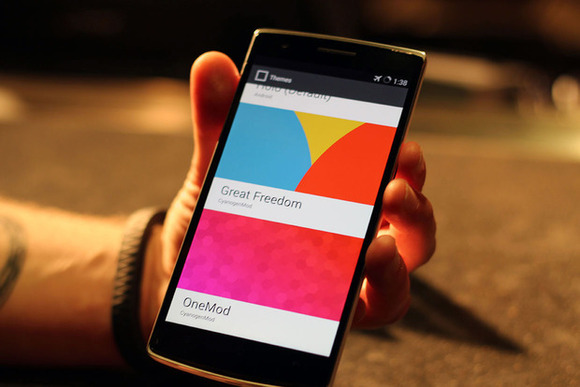 The situation with the 5.1.1 update for the OnePlus One remains unclear at the moment, with many people expressing their disappointment on discussion boards and claiming that the company should at least some out with some official statement about the situation and inform their users about the kinds of problems they can expect with the new version if they’ve been able to upgrade to it and can’t roll back at the moment. It’s basic responsibility in those cases, some say.