The entry of Lady Gaga has turned “American Horror Story” in a sizzlingly hot horror anthology show when compared to its past four seasons.

Though it is not as dark as Season 2 or Season 3, it featured a lot of steamy sex scenes and has come down as the most daring yet for the horror anthology TV series.

Reports now have it that Lady Gaga shall return to Season 6 of “American Horror Story” when it comes back to FX on September 14. The air date is actually a push up from the usual premiere date of the TV series over its past five seasons, which is normally in October.

Apart from adding glitz and glamor as well as lots of sex during Season 5 of “American Horror Story,” the entry of Lady Gaga has contributed in spiking up the ratings of the show, which have experienced a slight dip during its ho-hum fourth season.

It is also the reason why the producers of the TV series no longer think twice about the return of the “Born This Way” singer for Season 6 of “American Horror Story,” notes the Christian Post.

The multi-awarded singer shall return to the TV series despite her busy music schedule but there are still no hints of the extent of her role just yet. Considering her main role during Season 5, Lady Gaga is likely to keep her status quo on the show and showcase her acting chops once again.

The devil is the highlight

In addition to Lady Gaga, two other stars of “American Horror Story” have personally confirmed their return including Angela Bassett and Cheyenne Jackson.

The rest of the cast members have yet to be officially announced but it seems likely that the producers shall do so within the next couple of weeks or prior to the premiere of Season 6 of the hit TV series.

Screenwriter and executive producer Ryan Murphy has hinted that Season 6 of “American Horror Story” shall focus on the Devil.

Back in June, the sixth month of the year, a new logo for “American Horror Story” Season 6 was released featuring the number 6. That’s a total of three 6’s which represents the Devil. But the Devil is not something new in “American Horror Story” as it was already featured in the past seasons of the show already. The only question remaining is the extent of the participation of the Devil in the Season 6 storyline.

The devil is in the details

Fans and critics have been speculating about the plotline for Season 6 of “American Horror Story” as the showrunners have been keeping their mouth shut about it.

While Ryan Murphy did open his mouth a few weeks ago, his statements were more like teases rather than a disclosure, prompting critics to deduce that when it comes to “American Horror Story,” nothing is a coincidence because the devil is in the details, figuratively and literally that is. 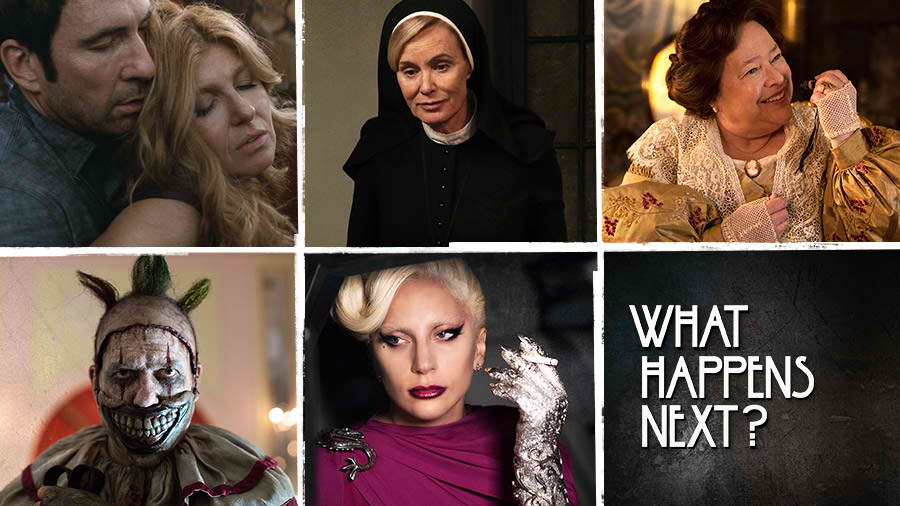 The Devil has been hinted last June to become part of the next season of the show. As luck would have it, an Antichrist was once introduced in the show too.

So in a way, Murphy appears to be constantly creating season connections, which makes every element come together and makes sense.

Season 1 of “American Horror Story” ended with the arrival of the Antichrist when Tate Langdon, played by Evan Peters, rapes Vivian Harmon, which provided hints that the resulting offspring would be the child of the devil.