Warner Bros decided to thrill their fans with a sequel to the Ben Affleck starring thriller from 2016.

Even though the critics weren’t thrilled with this movie, when all the sums came back for The Accountant, it turned out that this movie earned itself, as well as Warner Bros a fine profit. Fine enough to earn a sequel.

What the first movie is about

In the first movie, The Accountant, Ben Affleck is Christian Wolff, a math savant who prefers numbers to people. This man uses a small-town CPA office as his cover, while he actually makes his living working as a freelance accountant for dangerous criminal organizations, un-cooking books. But, no one can escape justice for long, so a Treasury agent (played by J.K.Simmons) is hot on Wolff’s heels. Christian decides to take on a state-of-the-art robotics company as a legitimate client, and as he gets closer to the truth about a discrepancy involving millions of dollar, bodies start piling around him.

The plot is interesting enough, a highly-functional autistic man becomes the center of an intriguing story, and we guess that is what made this movie so lucrative. It grossed $86.3 million in the United States and Canada, as well as $68.9 million in other countries. So, they earned a worldwide total of $155.2 million with a production budget of mere $44 million. This is the second highest-debut for a Ben Affleck thriller, right behind Gone Girl, which says a lot about how much the audiences loved it.

Sadly, the critics didn’t. On Rotten Tomatoes, The Accountant has an approval rating of 52%, and their critical consensus says “The Accountant writes off a committed performance from Ben Affleck, leaving viewers with a scattershot action thriller beset by an array of ill-advised deductions.” On Metacritic, the film has a score of 51 and mixed or average reviews. The New Yorker hated it, as their critic Richard Brody stated: “This thrill-free thriller…piles up plotlines like an overbuilt house of cards that comes crashing down at the first well-earned guffaw of ridicule.”

Not everyone hated this film, as Vince Mancini of Uproxx wrote “It’s transparent in its attempt both to pimp a future franchise and give autistic kids their own superhero. There’s a genuine sweetness to the latter that converts me on the former. Headshots, math problems, and pained social interactions? Sign me up. Of the two movies Ben Affleck has been in so far this year, The Accountant and Batman V Superman, The Accountant has by far the most franchise potential.”

Well, he saw it coming before we did, it will indeed be a franchise.

Who is coming back for The Accountant 2?

Because no one expected for this movie to be a hit, there were no sequel clauses in the contracts of the people who were involved, so not much is certain, as negotiations with actors are in progress.

Ben Affleck is set to return in the lead role of a high-functioning autistic man involved in the occasional murder here and there that was the most interesting thing about the first movie.

The sequel will also feature Jon Bernthal, as his character asserted himself at the end of the first film. The long-lost bad-guy brother who was also trained to create mayhem will be back, and we expect him to wreak all sorts of havoc upon our protagonist.

The man who steered the first movie, Gavin O’Connor will return to the director’s chair. 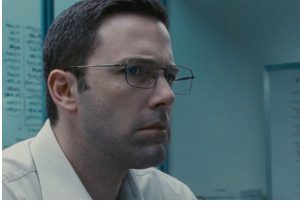 Bill Dubuque will pen the screenplay for The Accountant 2, and, as far as we found out, there’s no schedule in place as of yet.

Also, Producers Mark Williams and Lynette Howell Taylor are in talks to return.

What will the plot be?

As soon as the first movie premiered, Gavin O’Connor gave away what he would love to do in a sequel “In the second one if we’re ever fortunate to do it, I keep having this idea of a Catcher in the Rye kind of thing. He’s surrounded by children, dealing with slavery and these kids that are sex slaves and things like that… If there’s a way to deal with that subject matter and him saving children, that’s something I’d be really interested in doing.”

When you think about Affleck’s character and his autism, pairing him with kids definitely seems like an interesting idea. Just imagine a bunch of chaotic noisy kids and Christian who wants to help them, but gets pushed to his limits due to his sensitivities.

Of course, this is just a possibility, as nothing has been made official yet, but we will keep you posted!