Abigail Spencer, the controversial actress who was part of the celebrity nude scandal that happened last year and is referred to as “The Fappenings,” is quite excited for the upcoming airing of the third season of the Southern gothic intonation TV series “Rectify” hitting the Sundance Channel very soon.

Abigail’s excitement is written all over her Twitter account where she regularly posts updates and images with regards to the ongoing filming and post-production work for the TV series.

She actually started her post this month on Twitter by tweeting an image of the cast of “Rectify” on April 1. Almost every day thereafter, Abigail has been tweeting an update on the upcoming TV series be it a short one-liner or a image posts helping fans relive the first two seasons of the show.

She is apparently building fan excitement on the TV series among her 28,500 followers on her Twitter account. Despite her series of tweets, Abigail still did not mention any specific as to the exact date when will the show be finally aired on Sundance Channel.

Abigail has obviously gotten over and moved past her nude video scandal last year. Unlike several A-List, B-List, and C-List stars who were involved in ‘The Fappenings’ with their nude photos, Abigail’s was a notch higher with the rest as hers involved nude videos showing her pleasuring herself and also featured her private parts.

That scandal, which was authored by some hackers who have yet to be identified and apprehended as of this time, has rocked Hollywood last year, especially since it involves the likes of Jennifer Lawrence, Kim Kardashian, Rihanna, and a lot more.

Abigail’s nude video leak came during the second wave of ‘The Fappenings’ that also went out with the nude pictures of stars like Rihanna, Meagan Good and Gabriel Union, Vanessa Hudgens, Kim Kardashian, as well as Kate Bosworth and Hope Solo.

As a result of ‘The Fappenings’ that happened last year, Abigail has actually been affected that she had to temporarily deactivate her Twitter account obviously to prevent herself and her son by former husband Andrew Pruett from getting affected by the scandal.

While she has not made any official statement regarding the video scandal like many of the Hollywood stars that were involved in ‘The Fappenings,’ it was obvious that their counter strategy was to simply wait out until the smoke blows over.

The strategy actually worked as the scandal eventually died a natural death on the press as well as in the social media, especially after the authorities and the investigators started looking into the case and began hunting down the perpetrators.

When the smoke blew over, Abigail Spencer was back on Twitter as if nothing really happened, which is the right approach to a scandal of such magnitude.

Her fans and her followers on Twitter, numbering 28.5K, were likewise very supportive of her during her ‘ordeal’ since they never actually took the time to dignify the the issue by either commenting, suggesting or even hinting about it on her social media account, which has been favorited, 1,982 times. 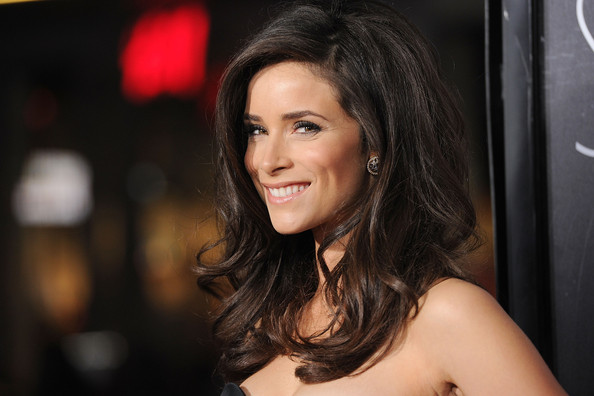 In addition to the upcoming Season 3 of “Rectify,” Abigail also have a recurring role in the crime drama TV series “True Detective” whose Season 2 would also begin showing a few months down the road.