While it’s pretty much guaranteed that the 2016 Toyota Tacoma will be a notable release in the mid-sized truck market, can the company take the top spot in this area with this model? According to some experts, it’s a real possibility, and if Toyota play their cards right, they could find themselves dominating the mid-sized truck category for 2016. Of course, nothing is guaranteed at this point, and the company still has a challenging road ahead of them if they want to take a shot at the top spot.

There are several factors about the truck that have made it very attractive to many people, however – first of all, its low drag has been noted quite often by various experts, and there’s a pretty much universal agreement that the company’s engineers have done a great job making the vehicle as smooth as possible on the road.

This is partly due to its high positioning above the ground, and while it hasn’t been an easy task to accomplish this sort of low drag, Toyota have pulled through in the end and the truck now delivers excellent performance. According to current reports, it actually has the lowest drag coefficient in the entire market segment, which is quite the notable achievement in itself, but it also helps improve the truck’s fuel efficiency, making it an even more important feature.

A lot of attention has been put into creating the ideal approach and departure angles for this truck as well, and currently the brake-over angle is at 29 degrees, spread 21/31 between the front and the back, with both figures currently at the top of the rankings for the truck’s class.

Some have actually been curious about the redesign of the truck’s bumper, but the company have explained that there’s a very good reason behind that – there are new regulations coming regarding the safety of pedestrians, and that requires a specific approach to the design of the bumper of a vehicle. The new design in the 2016 Tacoma has been in response to that, and it should actually offer a significantly safer platform for pedestrians in the event of an accident. 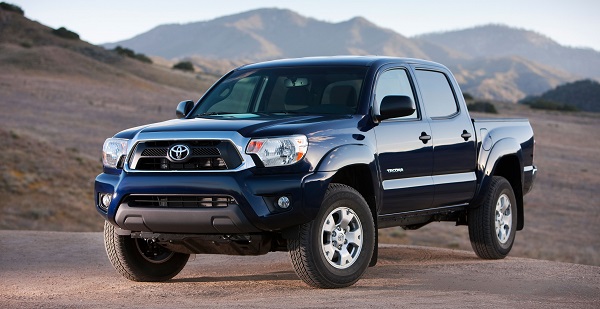 Last but definitely not least, this model will absolutely dominate the market when it comes to fuel efficiency, and even though we didn’t hear the claim that it’s going to take the top spot in these rankings, it was somewhat strongly implied. For what it’s worth though, the truck’s official numbers haven’t been revealed by the EPA yet, so we can’t say if it’s truly a market leader in this regard.