The 2015 Renegade is Jeep’s first official foray into the very competitive small SUV segment but instead of groping for form, the vehicle has actually raised the bar among its competitors by its class-pioneering nine-speed automatic transmission.

Despite breaking into a new territory in terms of market segment, the 2015 Jeep Renegade still maintained the brand’s tradition in terms of adventurous lifestyle and 4×4 capabilities, notes Caribbean 360.

The 2015 Renegade has been designed in the United States but manufactured in Italy but it has obviously maintained the brand’s dedication to the global marketplace by delivering a blend of best-in-class off-road capability, open-air freedom and convenience, and a host of innovative safety and advanced technology offerings.

With world-class refinements and two variants of fuel-efficient engines, the 2015 Jeep Renegade is certainly an efficient and road-worthy vehicle for the adventurous motorists both young and the young at heart.

American design written all over it

Mike Manly, president and CEO of Jeep Brand, Chrysler Group LLC, says that the all-new 2015 Jeep Renegade has the American design, ingenuity, and innovation written all over it.

The designers of the new Renegade took to heart the need to deliver best-in-class off-road capability but very much a reliable city vehicle. Although it maintains the brand’s rugged aura, the 2015 Jeep Renegade features versatility, maneuverability and style that still symbolize the brand’s hallmark.

The 2015 Jeep Renegade is expected to roll out into more than 100 markets around the world, which is quite daring for a vehicle coming into the very competitive small SUV segment.

Somewhat similar in stance to the Jeep Wrangler, the 2015 Renegade also offers open-air freedom, a feature that dates back to 1941 from the Willys MB Jeep. This allows a segment-exclusive panoramic views and two available ‘My Sky’ open-air roof panel systems conveniently stow to provide passengers open-air freedom with ease.

The interiors of the 2015 Jeep Renegade exudes rugged and energetic appearance which are consistent with the brand’s legendary heritage. 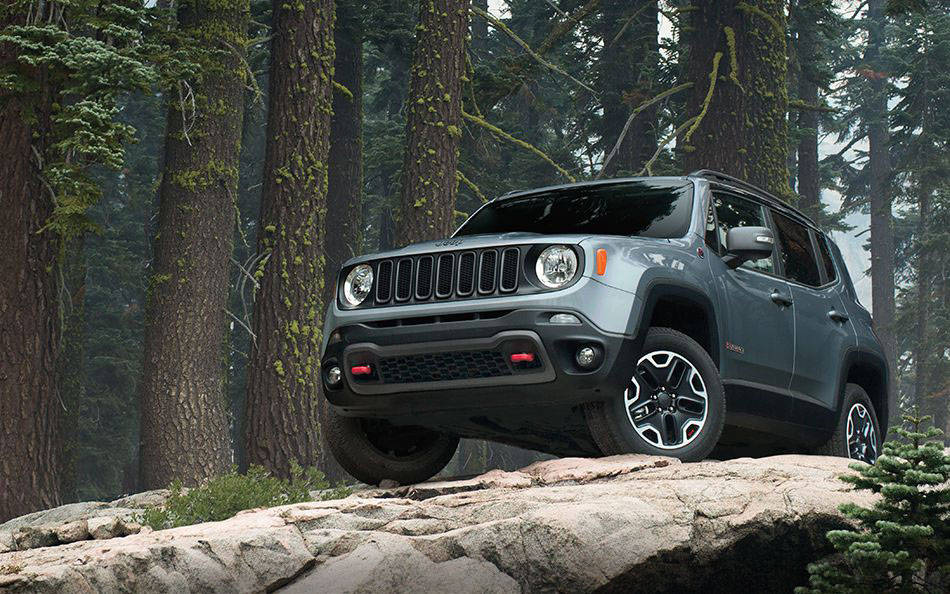 The 2015 Renegade is also the first Jeep SUV to integrate Koni’s frequency selective damping front and rear strut system, which enables it to deliver world-class road grip and responsive handling.