Even though GoPro are the best known name on the consumer market for action cameras, it looks like they haven’t been doing that well in financial terms lately, as the company posted a loss of over a quarter of their value since the start of the year. This could be caused by the fact that they’re yet to release the GoPro Hero 5, despite the fact that the device has been rumored quite a bit – and other than that, there hasn’t been much activity on the market from them lately.

According to some experts, the company may be forced to take some rather drastic measures in order to stay in a good condition, and that might include dropping the price of the Hero 4 Silver. This could actually be a smart move right now, as there is a lot of interest towards the Hero brand, thanks to the rumors about the Hero 5’s upcoming release.

And if they did that, it could even benefit them in the long term – people who have never used a device by the company but have heard about the Hero 5 might feel tempted to buy a Hero 4 so they can see how it performs and gauge their satisfaction with the device, and if they then like it, they could go for the Hero 5 once it’s been released. That would obviously benefit GoPro themselves a lot more than a single sale of either of the two devices.

Sales of the Hero 4 have been declining lately, and that’s easily explainable by the fact that most of the people who would be interested in the device in the first place have already bought one. However, that leaves out those who were on the fence and unsure about the price, a group of people who might finally be convinced to get the camera once they see its new price.

The Silver is the biggest candidate for a price reduction among all Hero 4 models, according to experts, as it’s the cheapest one. It’s a bit limited in its features, but it also costs $100 less than the Hero 4 Black, making it the ideal choice for budget buyers. And now, if its price goes down even further, that could solidify the device’s position at the most attractive offer for those who don’t want to spend a lot. 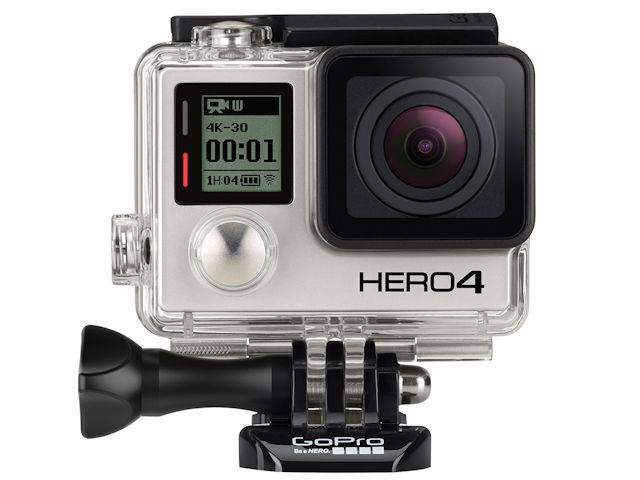 Is it still worth buying the Hero 4 Silver at this point though? Experts are saying yes for the most part – the device still has a lot to offer, despite not being top of the line, and even when the Hero 5 comes out that shouldn’t take away from its quality.